” One can only see what one observes, and one observes only things which are already in the mind ” – Alphonse Bertillon

Alphonse Bertillon was a French police officer and biometrics researcher who applied the anthropological technique of anthropometry to law enforcement creating an identification system based on physical measurements. Anthropometry was the first scientific system used by police to identify criminals. Before that time, criminals could only be identified by name or photograph. The method was eventually supplanted by fingerprinting.

He is also the inventor of the mugshot. Photographing of criminals began in the 1840s only a few years after the invention of photography, but it was not until 1888 that Bertillon standardised the process. He was considered to be the first forensic expert. 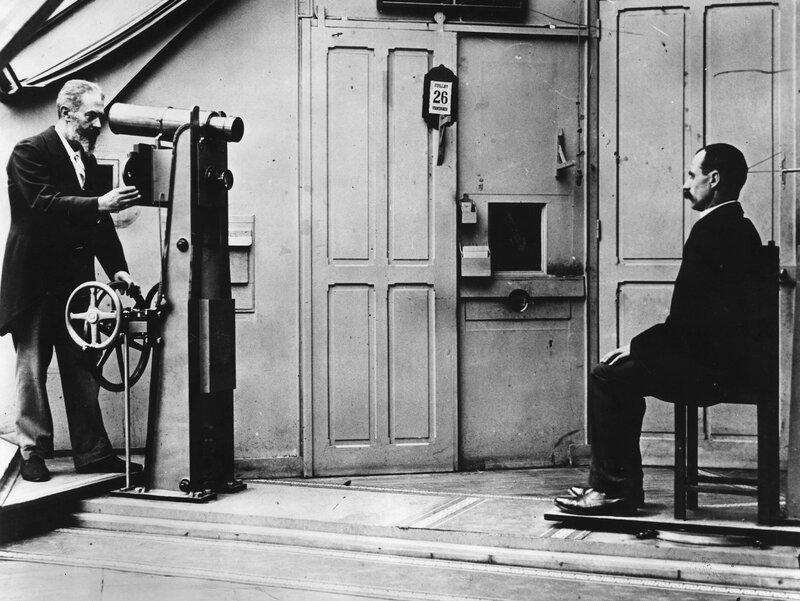 Born in Paris, Bertillon was the son of the statistician Louis-Adolphe Bertillon. After being expelled from the Imperial Lycée of Versailles, Bertillon drifted through a number of jobs in England and France, before being conscripted into the French army in 1875.  After being discharged from the army many years later with no real higher education, so his father arranged for his employment in a low-level clerical job at the Prefecture of Police in Paris. Bertillon began his police career on 15 March 1879 as a department copyist.

Being an orderly man, he was dissatisfied with the ad hoc methods used to identify the increasing number of captured criminals who had been arrested. This, together with the steadily rising recidivism rate in France since 1870, motivated his invention of anthropometrics. His road to fame was a protracted and hard one, as he was forced to do his measurements in his spare time. He used the famous La Santé Prison in Paris for his activities, facing jeers from the prison inmates as well as police officers.

Frontispiece from Bertillon’s Identification anthropométrique (1893), demonstrating the measurements needed for his anthropometric identification system. Bertillon also created many other forensics techniques, including the use of galvanoplastic compounds to preserve footprints, ballistics, and the dynamometer, used to determine the degree of force used in breaking and entering. The nearly 100-year-old standard of comparing 16 ridge characteristics to identify latent prints at crime scenes against criminal records of fingerprint impressions was based on claims in a 1912 paper Bertillon published in France.
His reputation faded as more police departments learned that fingerprinting was a simpler way to identify people. Still, his style of mug shots became the standard. Jonathan Finn, a police photography expert who wrote Capturing the Criminal Image, says he is “still very much with us” today in other ways.
Bertillon died 13 February 1914 in Paris. 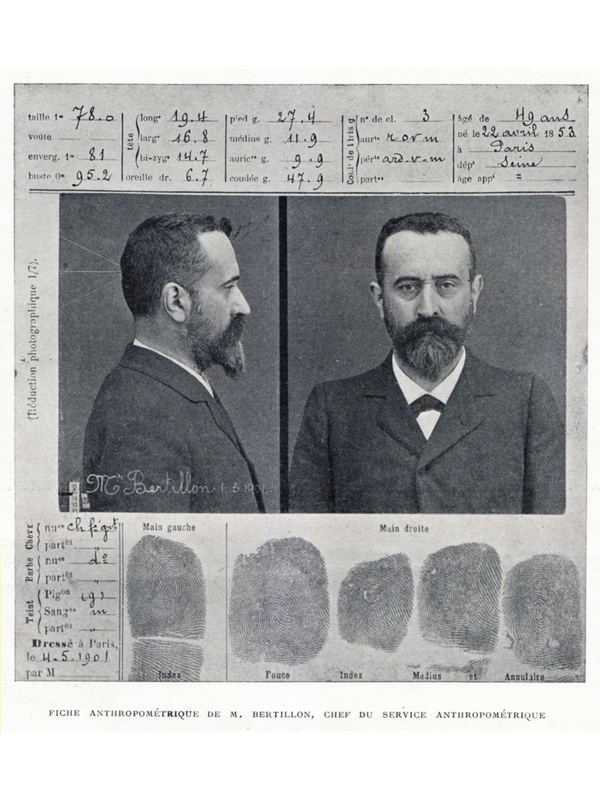