Jessie Tarbox Beals was an American photographer who was one of the first women in the United States to have a career as a photojournalist.

Born 23 December 1870 in in Hamilton, Ontario,Jessie Tarbox Beals first trained as a teacher. She subsequently moved to Williamsburg, Massachusetts, at age 18 to make her living as a schoolteacher.  During this time won a subscription prize camera through the Youth’s Companion magazine. She visited the World’s Columbian Exposition in Chicago and was inspired by the photographs she saw.

After nearly 10 years of teaching, she quit and devoted herself to photography, which she had been exploring in her free time.

In 1897, she married (the wonderfully named) Alfred Tennyson Beals, an Amherst graduate and factory machinist and the couple collaborated as itinerant photographers, with Jessie taking pictures and recruiting clients and Alfred handling the darkroom duties.

In 1899, she received her first professional assignment: the Boston Post commissioned her to photograph the Massachusetts state prison which were published in local newspapers, she earned the distinction of being the world’s first woman news photographer.

She taught her husband photography and they worked as team. In 1901, broke, they moved to Buffalo, New York. Later that year, Beals was hired as a staff photographer by the Buffalo Inquirer and the Courier, where she worked until 1904. 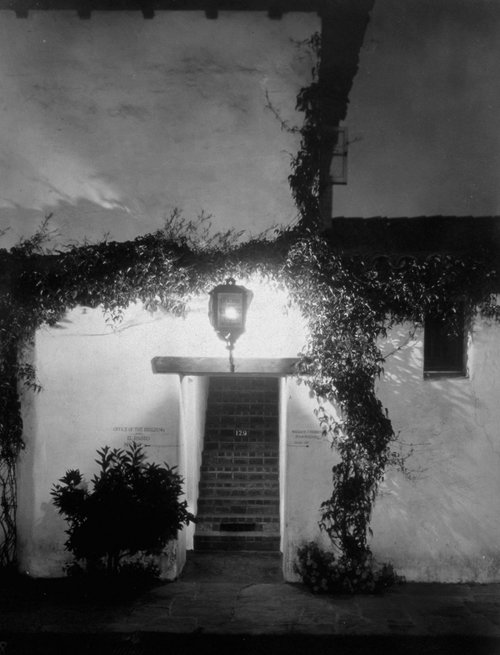 That year Beals was sent to the opening of the Louisiana Purchase Exposition in St. Louis, where she climbed ladders and jumped into a hot air balloon to get the best shot. Famous for her ‘hustle’ she became official Fair photographer for the New York Herald, Leslie’s Weekly and the Tribune, as well as the Fair’s publicity department.

In 1905, Jessie opened her own studio on Sixth Avenue in New York City: she photographed car races, took portraits of literary figures, bohemian life and the slums. Her marriage, however, was troubled and the couple separated in 1917; her daughter, born in 1911 to another man, was ill with rheumatoid arthritis and was frequently hospitalised.

During the 1920s Beals began photographing the gardens and homes of the wealthy and publishing her work in national gardening magazines.

Jessie’s later years were difficult; she relocated to California but the Great Depression affected her ability to earn a living and she moved back to Greenwich Village. Her last years were poverty-stricken and she died in 1942. Talking of her craft, she once said: ‘Too many photographers try too hard. They try to lift photography into the realm of Art, because they have an inferiority complex about their Craft. You and I would see more interesting photography if they would stop worrying, and instead, apply horse-sense to the problem of recording the look and feel of their own era.’

Jessie’s versatility helped make her one of the first female photojournalists, but by the end of her life she worried that it was exactly that willingness to work at any assignment she could get that contributed to her lack of cachet. She regretted her failure to specialise, become affiliated with a major institution, or achieve lasting financial success. Many of Jessie’s negatives were lost or destroyed during her lifetime because she had nowhere to store them. Her work drifted into obscurity until photographer Alexander Alland gathered what he could and published a biography titled, Jessie Tarbox Beals: First Woman News Photographer, in 1978.

She deserves recognition for her pioneering role in news photography, the excellent quality of her photographs, her struggle to overcome gender-based career obstacles, and her life-long devotion to her career. Her courageous example encouraged other women to pursue photography.