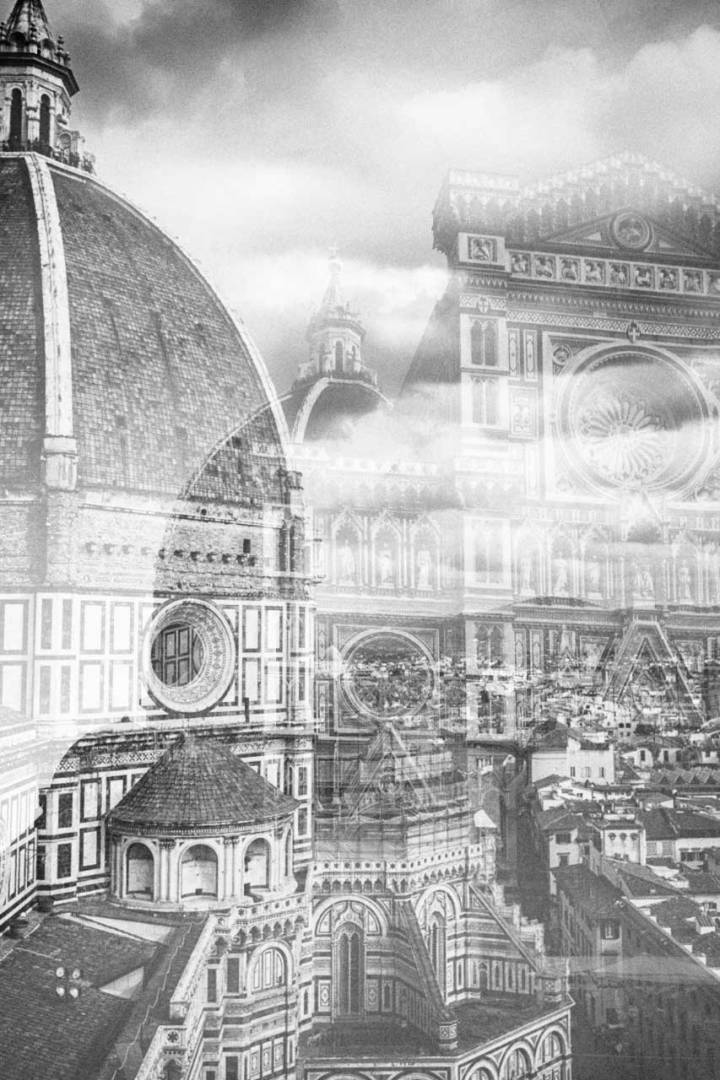 Florence, the capital of Italy’s Tuscany region is home to many masterpieces of Renaissance art and architecture. One of its most iconic sights is the Duomo, a cathedral with a terracotta-tiled dome engineered by Brunelleschi and a bell tower by Giotto.

Florence was the home to the Renaissance. It is in Florence that the new architectural style had its beginning, consciously brought to being by particular architects who sought to revive the order of a past ‘Golden Age’.

Renaissance architecture was the vision of Filippo Brunelleschi, whose ability to innovate and interpret Renaissance ideals in architecture made him the leading architect of the age. He is responsible for the designs of the Early Renaissance until 1446 when he died. He laid the foundation for how architecture would develop in the rest of the period and beyond. His most famous design is the the dome of Santa Maria del Fiore.

One of the objectives of the Renaissance was to reinvent the ingenuity of Greek and Roman art from about 1500 years before. Brunelleschi travelled to Rome early on and meticulously studied Roman architecture. His designs broke away from the medieval traditions of pointed arches, vaulting, and the use of gold and mosaics. Instead, he used simple, classical designs based on basic geometric shapes. His work and influence can be seen all over Florence.

Since I have been interested in architecture, I’ve wanted to see these marvellous buildings for myself and experience them. What interest me most about certain architecture is the vision behind the designs. The story that it tells.

These architecture are unique in their genre and instinctively associated with Florence, the Renaissance and Italian architecture when seen. They also represent an era of forward thinking. These are what attracts me to photograph certain architecture.