Whether you’ve been to London or not or seen it in the movies, most of us recognise the building in the image below.

St Paul’s Cathedral is one of the most known and iconic cathedrals in the world. St Paul’s cathedral sits on Ludgate Hill at the highest point of the city of London.

Its dedication to Paul the Apostle dates back to the original church on the same site, founded in 604 AD.

St Paul’s Cathedral dates back to the late 17th Century. It was designed by Sir Christopher Wren in an English Baroque style.

It is very unusual for me to use a square format for such image. My aim was to frame the image around the dome and use the Millenium Bridge railings as a way to draw attention in.

Capturing this image is not without its problem. The first time, I made the mistake of going before sunset. Not only did it feel like every other photographer in London was there to capture the sunset. That and the million of tourists, felt like an impossible mission. The platform where my tripod was placed vibrated under every single footstep. This resulted in very blurry images.

The next time I chose to go, I went earlier in the morning. Even the early hour did not deter the tourists. I had to wait for the crowds to dissipate in order to start any long exposure. 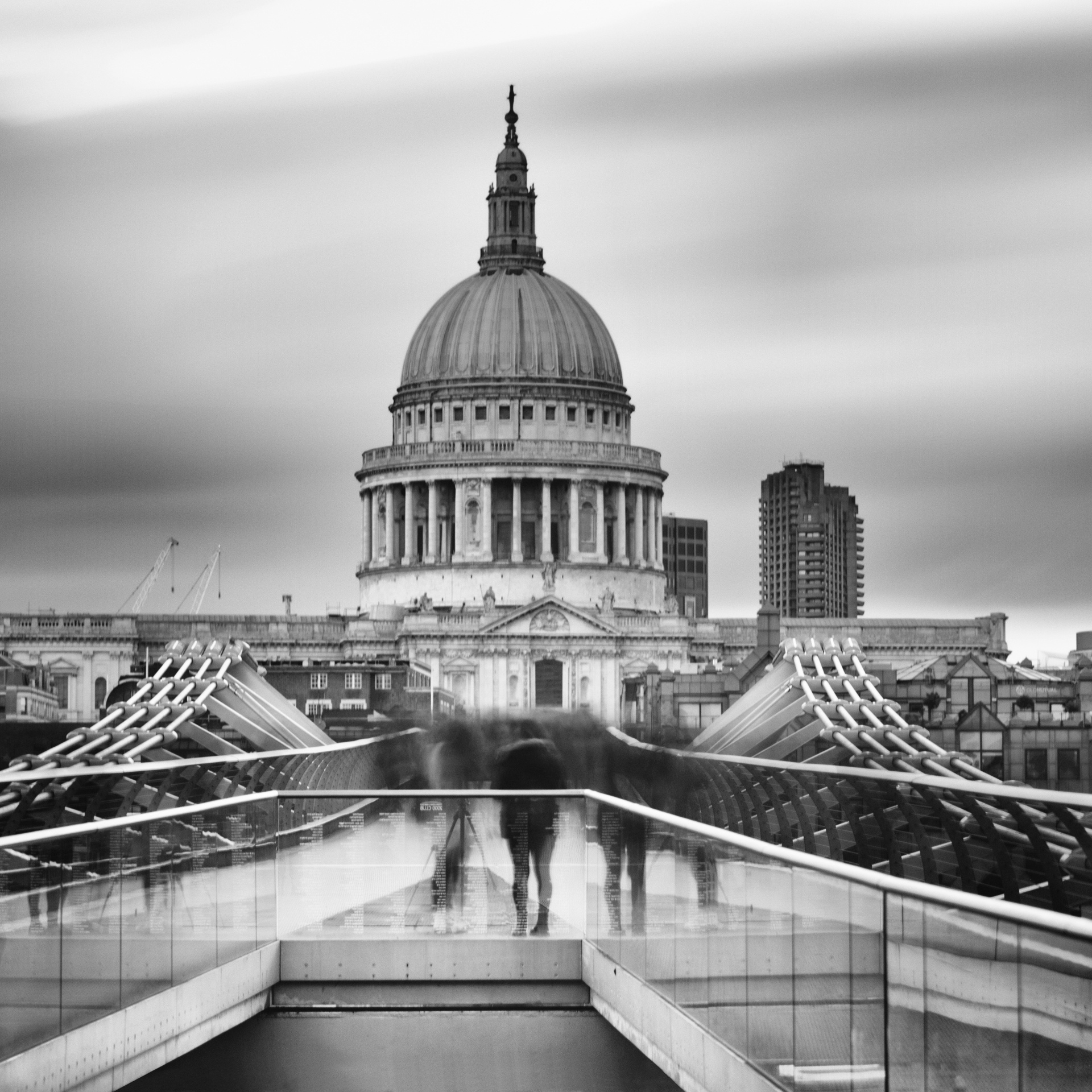 Prints and Ebook available on my site:http://www.pamelaaminou.com/shop/