Marianna Yampolsky was one of the major figure of Mexican photography in the 20th Century. Born in Chicago, Mariana Yampolsky emigrated to Mexico in the 1940’s and became a Mexican citizen in 1954. She participated in the Taller de Gráfica Popular, an important cooperative workshop of printers and graphic artists dedicated to social and political issues. Ultimately, she became the first woman member of the studio’s executive committee.

She photographed common people in everyday situations in the rural areas of the country.  Her career in photography began as a sideline to document travels and work in the arts and politics but she began showing her photography in the 1960s. From then until her death in 2002, her work was exhibited internationally receiving awards and other recognition both during her lifetime and posthumously. 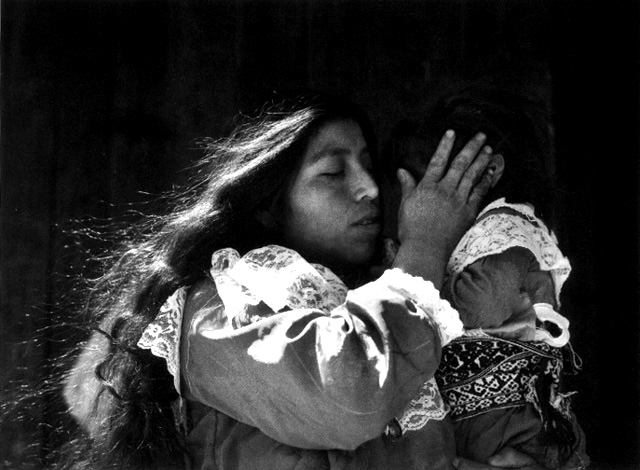 Her family was intellectual, cultured, socialist with a worldview that was later defined as “global humanism.”

She received her Bachelor of Arts in the social sciences from the University of Chicago in 1944. That same year, her father died and her mother moved to New York. The following year, Yampolsky went to Mexico to study and where she would spend the rest of her life, becoming a Mexican citizen in 1958.

While best known for her photography, she also did printing, lithography and painting and also worked as a curator and editor. Yampolsky began her career when she arrived to Mexico City to study painting and sculpture at the National School for Painting, Sculpture and Graphics, commonly known as La Esmeralda. She met Pablo O’Higgins, who would introduce her shortly thereafter to Leopoldo Méndez.

She then became a member of the Taller de Gráfica Popular (People’s Graphics Workshop) in 1945 as the only woman at the time. This was an organisation dedicated to creating and promoting art with a political slant, especially anti-fascism, for the masses, founded in 1937 by Leopoldo Méndez, Pablo O’Higgins and Luis Arenal.

She was a printmaker with this group until 1960 and the first member of its Executive Committee. Through the Taller she exhibited her printmaking work from between 1945 and 1958. Her work with this group includes images of Emiliano Zapata and Zapatista soldiers.

Her work with the Taller, as well as her relationships with the other members helped her “fall in love” with Mexico, its people, its folk art, its vegetation, politics and culture. She then learned to dance many of the folk dances of the country.

She met other artists of her generation including Francisco Mora, Ángel Bracho and Alberto Beltrán who helped her learn Spanish and encouraged her to draw everything she saw in Mexico, both in Mexico City and other Mexican states. She also worked as a curator, organising exhibitions in Mexico and in other countries such as Sweden, Japan, and France.

Yampolsky began her work in photography in 1948, initially to record her personal travels and the activities of the Taller in the 1940s and 1950s. She studied photography at the San Carlos Academy with Lola Alvarez Bravo and Manuel Alvarez Bravo.

In 1951 she became a founding-member of the Salón de la Plástica Mexicana at the National School for Painting, Sculpture and Graphics. Her first exhibition of photography occurred in 1960. In the late 1960s, she traveled Mexico’s rural areas for three years to photograph for the Fondo de la Plástica Mexicana publishing house. These pictures include images of murals, the work of José Guadalupe Posada, European painting in Mexico and folk art.

Over her lifetime, Yampolsky took over 66,000 photographs.

Yampolsky was also a graphic arts editor for primary school textbooks, which used many reproductions of paintings, graphics, sculpture and photography. These included texts dedicated to mathematics, literature, the natural and the social sciences. These numbered about 550 million books.

In the 1960s and 1970s, she worked with Leopoldo Méndez on a book called “The Ephemera and the Eternal of Mexican Popular Art.” She worked as an illustrator for the newspaper “El Día” in Mexico City and a publication of the Mexican Ministry of Communications called “Annals.” She collaborated on illustration for a children’s book called “Colibrí” as well as natural science textbooks in the 1970s and 1980s.

In the 1980s, she created the book “Niños” (Children), which is a heavily illustrated art book with images of children in various stages from pre-Hispanic to modern times, published by the Mexican Ministry of Public Education. Through the rest of the decade she edited various art books related to Mexican artists, food, toys, customs and ceremonies.

Her work can be found in 15 monographic books and in numerous public and private collections in the world, including those of the Museo de Arte Moderno, Centro Cultural de Arte Contemporáneo and the Fototeca Nacional of INAH in Pachuca. It has been exhibited in over 50 one-woman exhibitions and approximately 150 group exhibitions internationally, in countries such as the United States, Great Britain, Switzerland and Italy.

Yampolsky played an important role in building collections of images about Mexico, such as the Wittliff collections, the largest in the United States. She promoted the project in Mexico and introduced the Witliff Foundation to almost every important photographer in Mexico.

Photography like engraving, was to Yampolsky, an art form that was to be celebrated because of its accessibility to the masses. She spent years focusing her work on Mexican popular culture and traditions, publishing art books, curating exhibitions and at one point, contributing to the natural science textbooks published by the government. The range of subjects she photographed included not only the people and rituals of indigenous Mexico, but the symbols, living and constructed, that figured in daily life. Her photographs would become a source of considerable inspiration for the Mexican women photographers Graciela Iturbide and Flor Garduño. 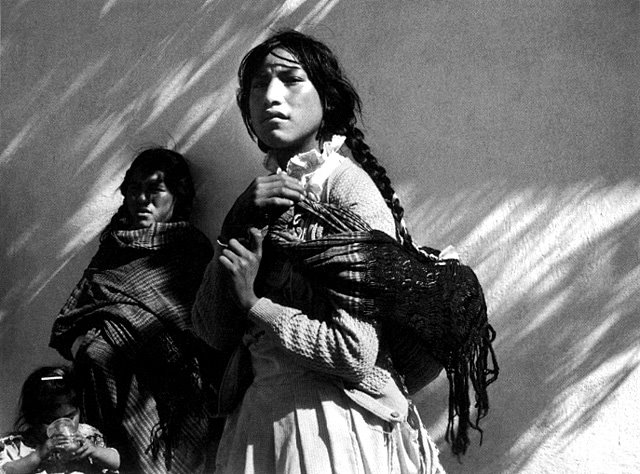 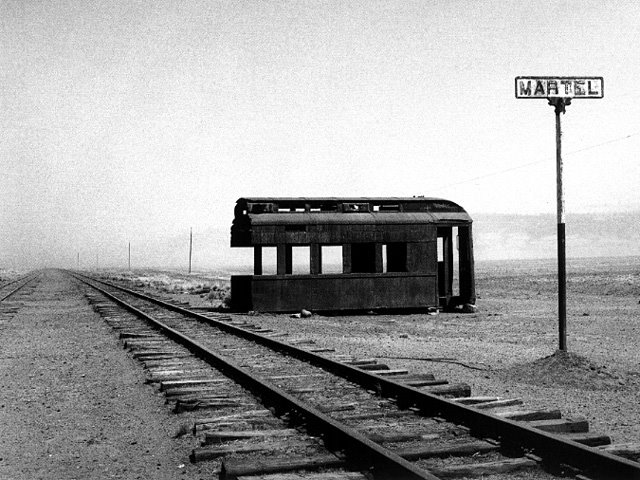 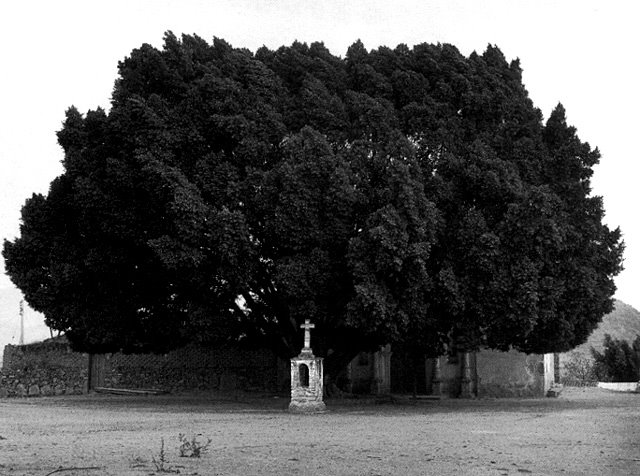