“There are two dirty words in Photography; one is art and the other is “good taste” ” – Helmut Newton

Although I along with many others may not agree with the quote above, we can all agree that his body of work along with career where truly impressive and inspiring. Before we get into his career, let’s start with the beginning.

Helmut Newton (1920-2004) was one of the most influential photographers of all time. Born to a Jewish family in Berlin in 1920, Newton received his first camera at 12 years old, often neglecting his studies in school to pursue photography. He attended the Heinrich-von-Treitschke–Realgymnasium and the American School in Berlin. He worked for the German photographer Yva (Elsie Neuländer Simon) from 1936.

The increasingly oppressive restrictions placed on Jews by the Nuremberg laws meant that his father lost control of the factory in which he manufactured buttons and buckles; he was briefly interned in a concentration camp on Kristallnacht, 9 November 1938, which finally compelled the family to leave Germany. Newton’s parents fled to Argentina.

He was issued with a passport just after turning 18 and left Germany on 5 December 1938. At Trieste  he boarded the Conte Rosso (along with about 200 others escaping the Nazis), intending to journey to China. After arriving in Singapore he found he was able to remain there, first briefly as a photographer for the Straits Times and then as a portrait photographer.

It is reputed that Newton first became enamoured with the female nude as a photographic subject as a teenager while working as an apprentice to theatre photographer Yva in Berlin. 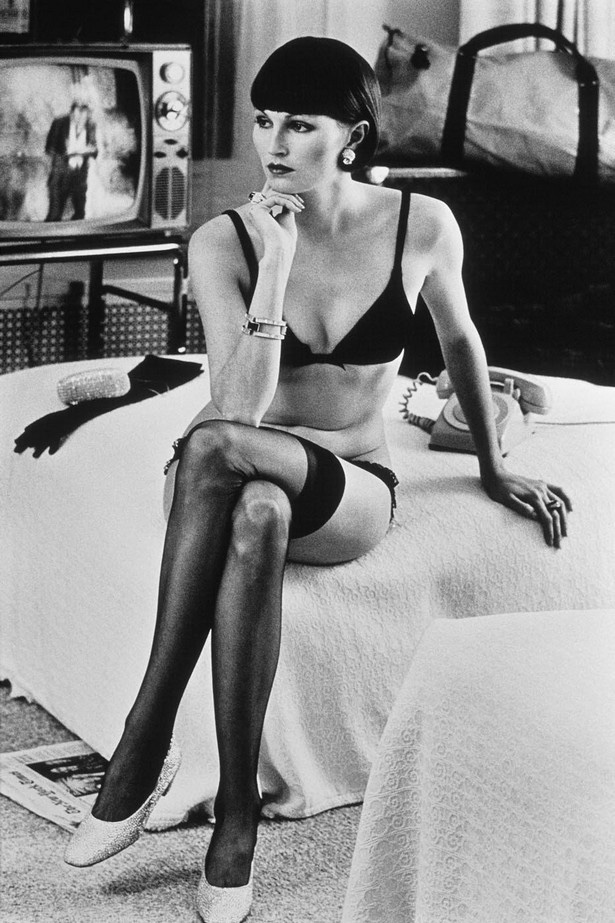 Newton was interned by British authorities while in Singapore and was sent to Australia on board the Queen Mary, arriving in Sydney on 27 September 1940. Internees travelled to the camp at Tatura, Victoria, by train under armed guard. He was released from internment in 1942 and briefly worked as a fruit picker in Northern Victoria. In April 1942, he enlisted with the Australian Army and worked as a truck driver. After the war in 1945, he became a British subject and changed his name to Newton in 1946.

In 1946, Newton set up a studio in fashionable Flinders Lane in Melbourne and worked on fashion, theatre and industrial photography in the affluent postwar years. He shared his first joint exhibition in May 1953 with Wolfgang Sievers, a German refugee like himself, who had also served in the same company. The exhibition of ‘New Visions in Photography’ was displayed at the Federal Hotel in Collins Street and was probably the first glimpse of New Objectivity photography in Australia. Newton went into partnership with Henry Talbot, a fellow German Jew who had also been interned at Tatura, and his association with the studio continued even after 1957, when he left Australia for London. The studio was renamed ‘Helmut Newton and Henry Talbot’.

In 1948, he married actress June Browne, who performed under the stage name June Brunell. She later became a successful photographer under the ironic pseudonym Alice Springs (after Alice Springs, the central Australian town).

Newton’s growing reputation as a fashion photographer was rewarded when he secured a commission to illustrate fashions in a special Australian supplement for Vogue magazine, published in January 1956. He won a 12-month contract with British Vogue and left for London in February 1957, leaving Talbot to manage the business. Newton left the magazine before the end of his contract and went to Paris, where he worked for French and German magazines. 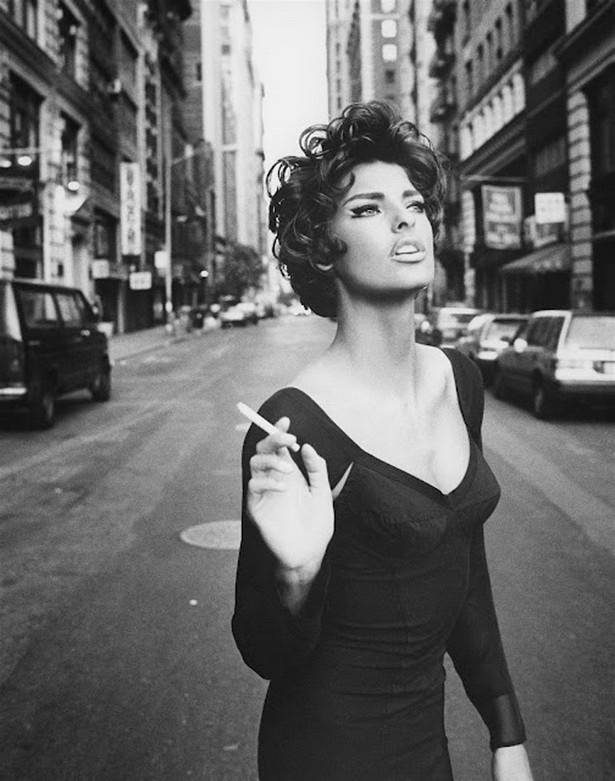 He later opened up a photography studio and moved to Europe in the 1950s. In Paris he began working for French Vogue, and later Playboy, Elle, and other publications during the 1950s and 1960s as his reputation grew, travelling frequently throughout the world on assignments.

Newton and his wife finally settled in Paris in 1961 and he continued working as a fashion photographer. His images appeared in magazines including the French edition of Vogue and Harper’s Bazaar. 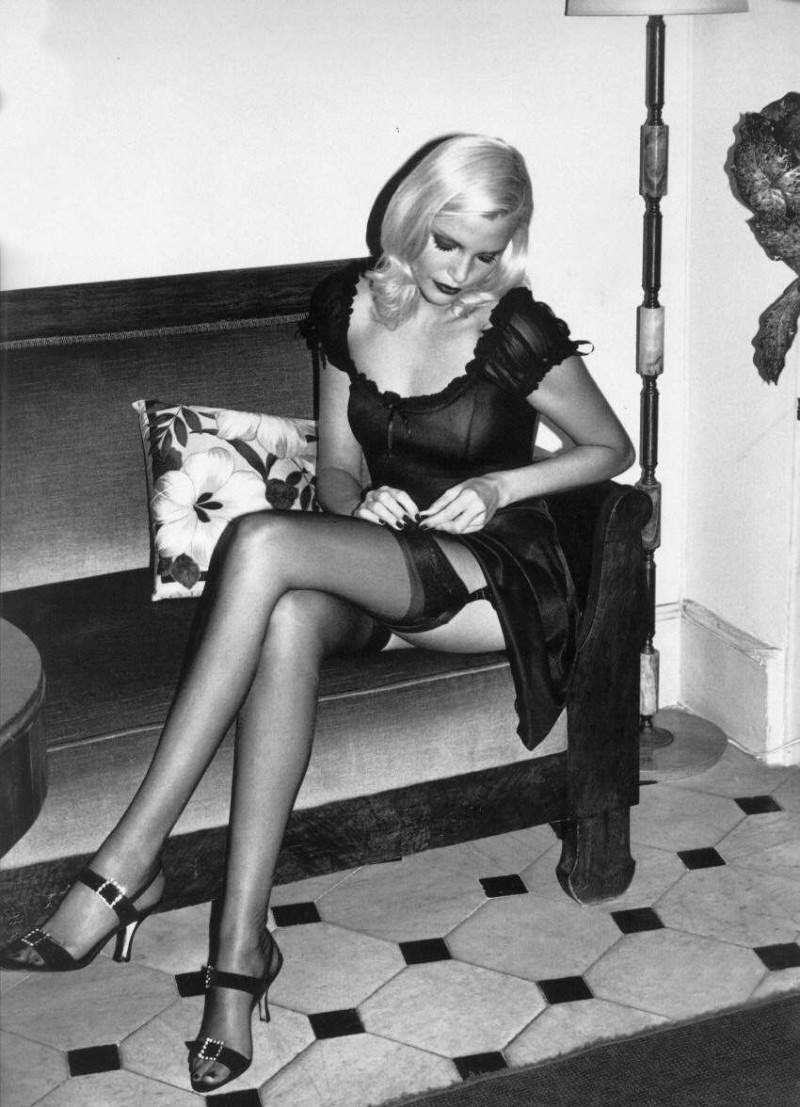 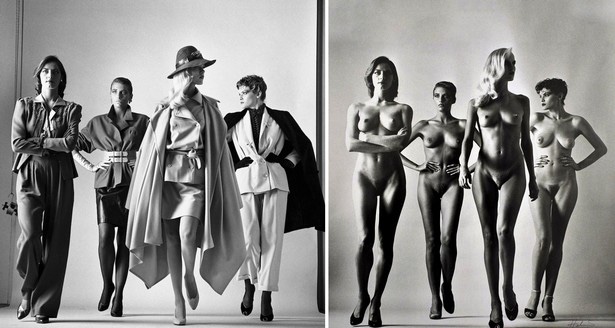 Newton shot a number of pictorials for Playboy, including pictorials of Nastassja Kinski and Kristine DeBell. Original prints of the photographs from his August 1976 pictorial of DeBell, “200 Motels, or How I Spent My Summer Vacation” were sold at auctions of Playboy archives by Bonhams in 2002 for $21,075, and by Christie’s in December 2003 for $26,290. 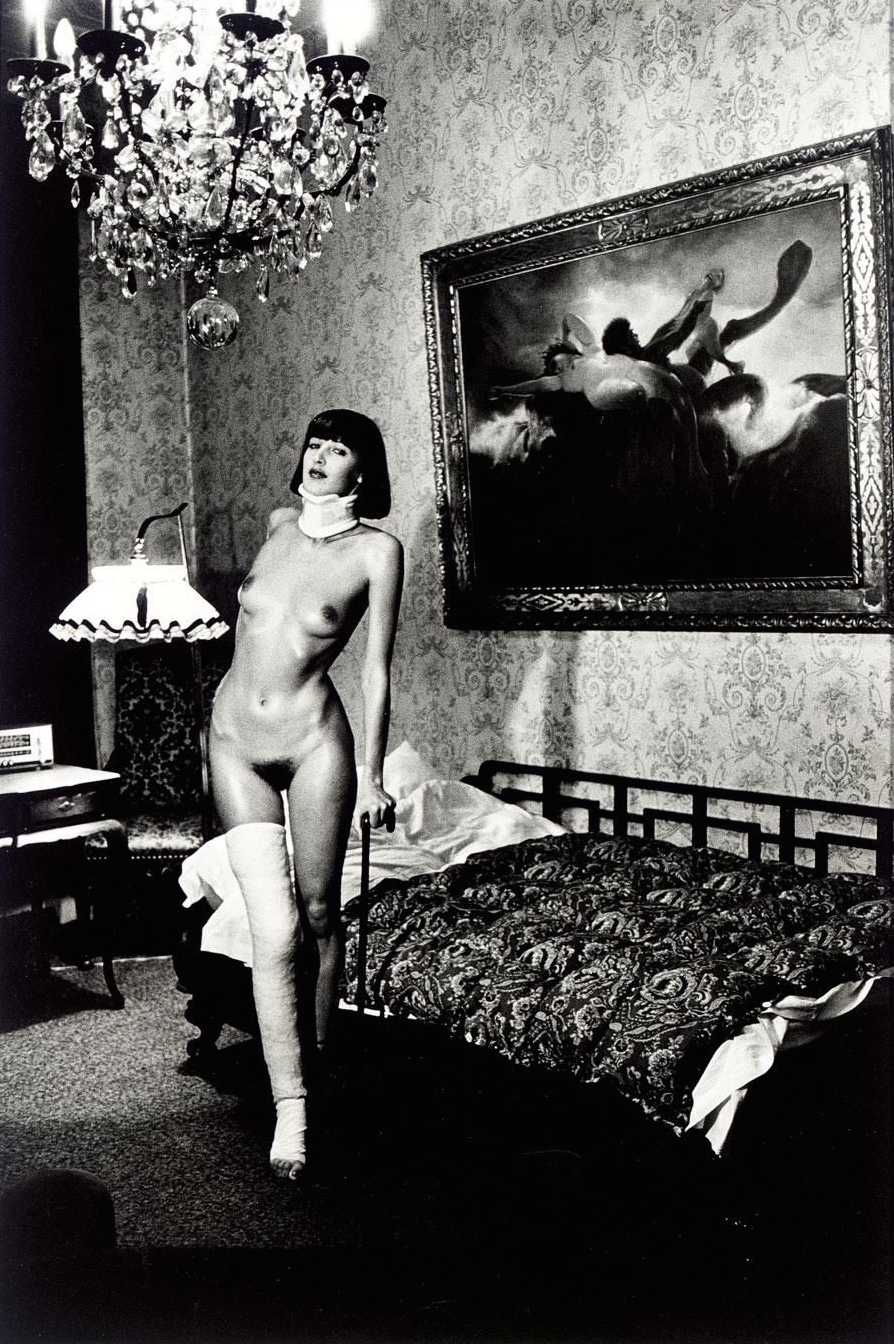 Known for the dramatic lighting and the unconventional poses of his models in his photographs, Newton’s work has been characterized as obsessive and subversive, incorporating themes of sadomasochism, prostitution, violence, and persistently-overt sexuality into the narratives of his images. 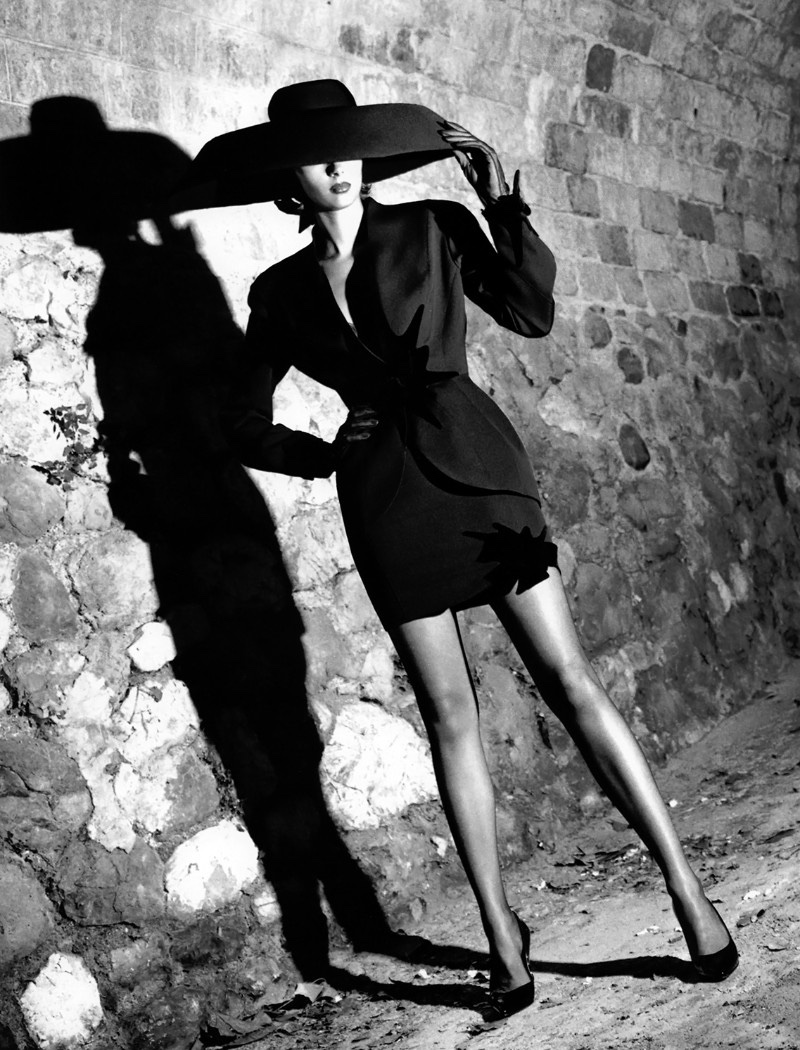 He increasingly focused more on these images rather than fashion photography in the 1970s, emphasizing the aggressive and incendiary in his works. He continued to travel later in life, dividing his time between his homes in Monte Carlo and Los Angeles 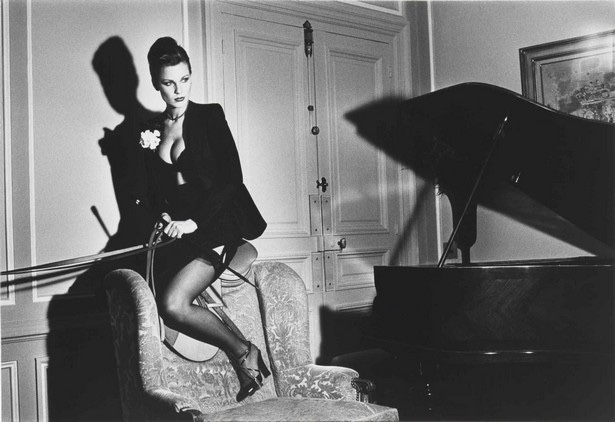 Controversial scenarios, bold lighting, and striking compositions came to form his signature look. In 1990 he was awarded the Grand Prix national de la photographie; in 1992 the German government awarded him Das Grosse Verdienstkreuz for services to German culture, and he was appointed Officier des Arts, Lettres et Sciences by S.A.S. Princess Caroline of Monaco. 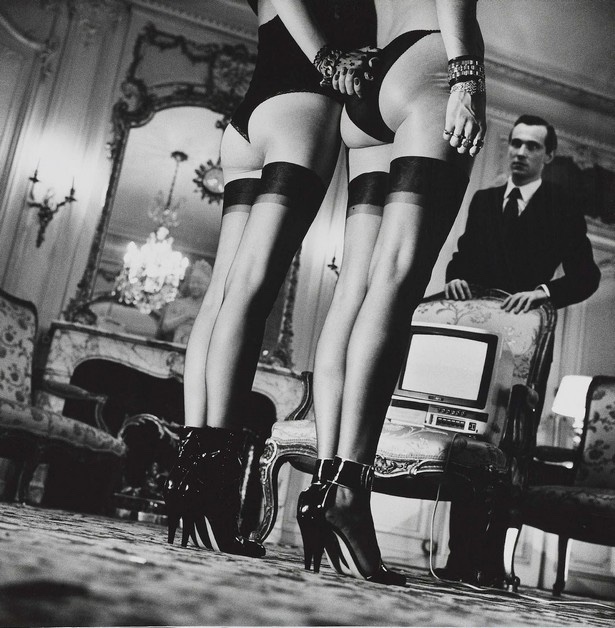 In 2003, he died in a car crash in Los Angeles, at 84 years old. Among other honors, Newton received the German Kodak Award for Photographic Books, a Life Legend Award from Lifemagazine, and an award from the American Institute for Graphic Arts for his photographs. 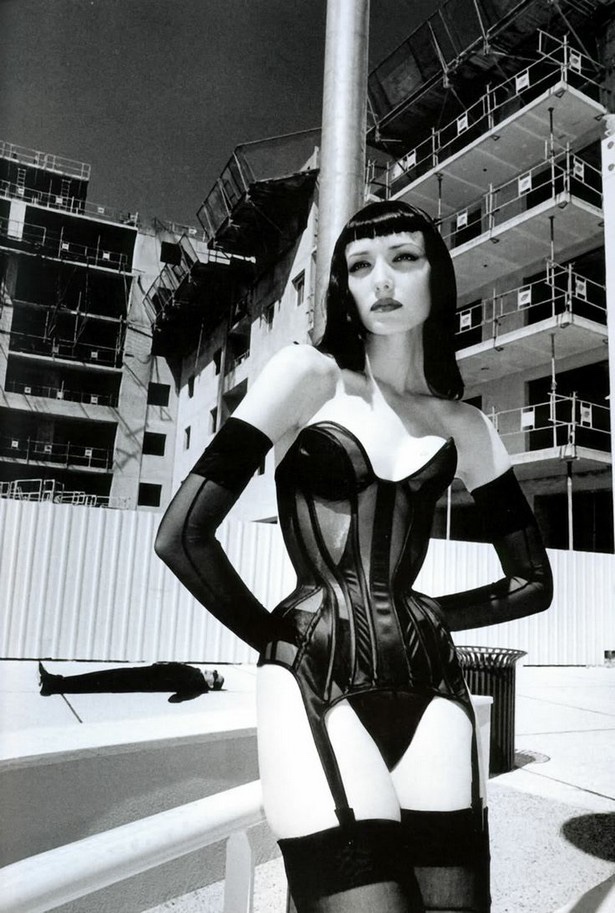