” A garbage can, occasionally, to me at least, can be beautiful. That’s because you’re seeing. Some people are able to see that – see it and feel it. I lean toward the enchantment, the visual power, of the aesthetically rejected subject’ – Walker Evans

Those are the words that intrigued enough to so some research on the author and his work. Walker Evans was an American photographer and photojournalist best known for documenting the Great Depression. However, there is so much more to his work that the few words abroad just about scratches the surface.

He attended The Loomis Institute and Mercersburg Academy before graduating from Phillips Academy in Andover, Massachusetts, in 1922. He studied French literature for a year at Williams College. After dropping out of College, he returned to New York and worked as a night attendant in the map room of the Public Library  where he could freely indulge his passion for T. S. Eliot, D. H. Lawrence, James Joyce, and E. E. Cummings, as well as Charles Baudelaire and Gustave Flaubert.

In 1927, after a year in Paris polishing his French and writing short stories and nonfiction essays, Evans returned to New York intent on becoming a writer. However, he also took up the camera and gradually redirected his aesthetic impulses to bring the strategies of literature—lyricism, irony, incisive description, and narrative structure —into the medium of photography.

Evans took up photography in 1928 around the time he was living in Ossining, New York. His influences included Eugène Atget and August Sander. In 1930, he published three photographs (Brooklyn Bridge) in the poetry book The Bridge by Hart Crane. In 1931, he made a photo series of Victorian houses in the Boston vicinity sponsored by Lincoln Kirstein.

In May and June 1933, Evans took photographs in Cuba on assignment for Lippincott, the publisher of Carleton Beals’ The Crime of Cuba (1933), a “strident account” of the dictatorship of Gerardo Machado. There Evans drank nightly with Ernest Hemingway, who loaned him money to extend his two-week stay an additional week.

His photographs documented street life, the presence of police, beggars and dockworkers in rags, and other waterfront scenes. He also helped Hemingway acquire photos from newspaper archives that documented some of the political violence Hemingway described in To Have and Have Not (1937). Fearing that his photographs might be deemed critical of the government and confiscated by Cuban authorities, he left 46 prints with Hemingway. He had no difficulties when returning to the United States, and 31 of his photos appeared in Beals’ book. The cache of prints left with Hemingway was discovered in Havana in 2002 and exhibited at an exhibition in Key West.

Walker Evans was one of the most influential artists of the twentieth century. His elegant, crystal-clear photographs and articulate publications have inspired several generations of artists, from Helen Levitt and Robert Frank to Diane Arbus, Lee Friedlander, and Bernd and Hilla Becher.

The progenitor of the documentary tradition in American photography, Evans had the extraordinary ability to see the present as if it were already the past, and to translate that knowledge and historically inflected vision into an enduring art.

His principal subject was the vernacular—the indigenous expressions of a people found in roadside stands, cheap café, advertisements , simple bedrooms, and small-town main streets. For fifty years, from the late 1920s to the early 1970s, Evans recorded the American scene with the nuance of a poet and the precision of a surgeon, creating an encyclopaedic visual catalogue of modern America in the making. 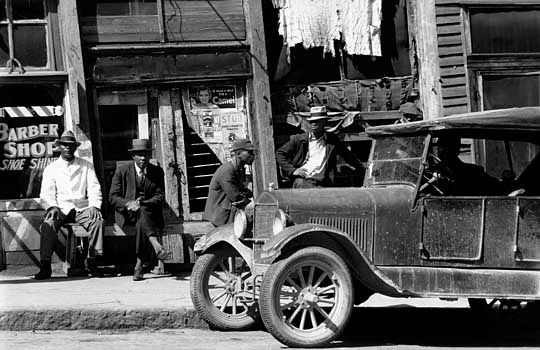 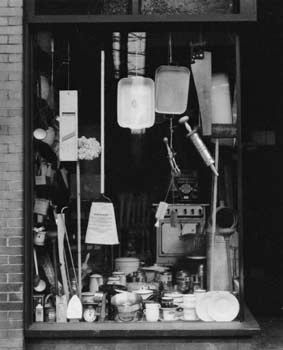 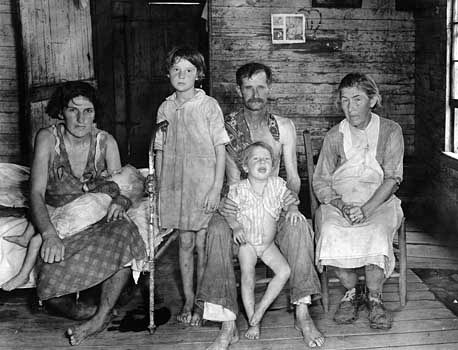 Most of Evans’ early photographs reveal the influence of European modernism, specifically its formalism and emphasis on dynamic graphic structures. But he gradually moved away from this highly aestheticised style to develop his own evocative but more reticent notions of realism, of the spectator’s role, and of the poetic resonance of ordinary subjects.

The Depression years of 1935–36 were ones of remarkable productivity and accomplishment for Evans. In June 1935, he accepted a job from the U.S. Department of the Interior to photograph a government-built resettlement community of unemployed coal miners in West Virginia. He quickly parlayed this temporary employment into a full-time position as an “information specialist” in the Resettlement (later Farm Security) Administration, a New Deal agency in the Department of Agriculture.

Under the direction of Roy Stryker, the RA/FSA photographers (Dorothea Lange, Arthur Rothstein, and Russell Lee, among others) were assigned to document small-town life and to demonstrate how the federal government was attempting to improve the lot of rural communities during the Depression. Evans, however, worked with little concern for the ideological agenda or the suggested itineraries and instead answered a personal need to distill the essence of American life from the simple and the ordinary. His photographs of roadside architecture, rural churches, small-town barbers ,and cemeteries reveal a deep respect for the neglected traditions of the common man and secured his reputation as America’s preeminent documentarian. From their first appearance in magazines and books in the late 1930s, these direct, iconic images entered the public’s collective consciousness and are now deeply embedded in the nation’s shared visual history of the Depression.

In the summer of 1936, Evans took a leave of absence from the Resettlement Administration to travel to the South with his friend, the writer James Agee, who had been assigned to write an article on tenant farmers by Fortune magazine; Evans was to be the photographer. Although the magazine ultimately rejected Agee’s long text about three families in Alabama, what in time emerged from the collaboration was Let Us Now Praise Famous Men(1941), a lyric journey to the limits of direct observation. Its 500 pages of words and pictures is a volatile mix of documentary description and intensely subjective, even autobiographical writing, which endures as one of the seminal achievements of twentieth-century American letters. Evans’ photographs for Let Us Now Praise Famous Men are stunningly honest representations of the faces, bedrooms, and clothing of individual farmers living on a dry hillside seventeen miles north of Greensboro, Alabama. As a series, they seem to have elucidated the whole tragedy of the Great Depression; individually, they are intimate, transcendent, and enigmatic. For many, they are the apogee of Evans’ career in photography.

In September 1938, the Museum of Modern Art opened American Photographs, a retrospective of Evans’ first decade of photography. The museum simultaneously published American Photographs—still for many artists the benchmark against which all photographic monographs are judged. The book begins with a portrait of American society through its individuals—cotton farmers, Appalachian miners, war veterans—and social institutions—fast food, barber shops, car culture. It closes with a survey of factory towns, hand-painted signs, country churches, and simple houses—the sites and relics that constitute the tangible expressions of American desires, despairs, and traditions

Between 1938 and 1941, Evans produced a remarkable series of portraits in the New York City subway. They remained unpublished for twenty-five years, until 1966, when Houghton Mifflin released Many Are Called, a book of eighty-nine photographs, with an introduction by James Agee written in 1940. With a 35mm Contax camera strapped to his chest, its lens peeking out between two buttons of his winter coat, Evans was able to photograph his fellow passengers surreptitiously, and at close range. Although the setting was public, he found that his subjects, unposed and lost in their own thoughts, displayed a constantly shifting medley of moods and expressions by turns curious, bored, amused, despondent, dreamy, and dyspeptic. “The guard is down and the mask is off,” he remarked. “Even more than in lone bedrooms (where there are mirrors), people’s faces are in naked repose down in the subway.”

Between 1934 and 1965, Evans contributed more than 400 photographs to 45 articles published in Fortune magazine. He worked at the luxe magazine as Special Photographic Editor from 1945 to 1965 and not only conceived of the portfolios, executed the photographs, and designed the page layouts, but also wrote the accompanying texts. His topics were executed with both black-and-white and colour materials and included railroad company insignias, common tools, old summer resort hotels, and views of America from the train window. Using the standard journalistic picture-story format, Evans combined his interest in words and pictures and created a multidisciplinary narrative of unusually high quality. Classics of a neglected genre, these self-assigned essays were Evans métier for twenty years.

In 1973, Evans began to work with the innovative Polaroid SX-70 camera and an unlimited supply of film from its manufacturer. The virtues of the camera fit perfectly with his search for a concise yet poetic vision of the world: its instant prints were, for the infirm seventy-year-old photographer, what scissors and cut paper were for the aging Matisse. The unique SX-70 prints are the artist’s last photographs, the culmination of half a century of work in photography. With the new camera, Evans returned to several of his enduring themes among the most important of which are signs, posters, and their ultimate reduction, the letter forms themselves.