Madame Yevonde was an English photographer born on the 5th January 1893 in Streatham, South London. Educated in liberal schools in the UK, France and Belgium, she joined the suffragette movement in 1910.

Upon leaving school, she returned to the family home in Bromley, Kent and became active in suffragette activities, but realising that she was not cut out to be a leader in that field, she eventually ceased her active involvement. Instead she sought out a different path.

She sought and became an apprentice photographer to Lallie Charles, one of the most commercially successful women portraitists of the time, who had a studio on Curzon Street in Mayfair. After a three year apprenticeship, with the skills acquired and a gift of £250 from her father, Madame Yevonde set up her own studio at the age of 21, on Victoria Street in London.

Her glamorous, wonderfully original portraits became hugely popular and she had countless commissions from society and fashion magazines such as Tatler and The Sketch: her subjects included A.A. Milne, Barbara Cartland, Diana Mitford, Louis Mountbatten and Noël Coward.

In the early 1930s, Yevonde began experimenting with colour photography, using the new (now defunct) Vivex colour process from Colour Photography Limited of Willesden. In 1932, she had a solo exhibition of photographic portraits – half monochrome and half colour – at the Albany Gallery in London, that was well received.

In 1933 Madame Yevonde moved once again. She began using colour in her advertising work as well as her portraits, and took on other commissions too. In 1936 she was commissioned by Fortune magazine to photograph the last stages in the fitting out of the new Cunard liner, the Queen Mary. This was very different from Yevonde’s usual work, but the shoot was a success. People printed twelve plates, and pictures were exhibited in London and New York. One of the portraits was of artist Doris Zinkeisin who was commissioned together with her sister Anna to paint several murals for the Queen Mary. Another major coup was being invited to take portraits of leading peers to mark the coronation of King George VI and Queen Elizabeth.

Yevonde’s most famous and wildly original series of society portraits was inspired by a fancy dress party held on 5 March 1935, where guests dressed as Roman and Greek gods and goddesses. She also experimented with solarisation, and took portraits influenced by Man Ray and surrealism based on the signs of the zodiac and the months of the year.

After World War II, Madame Yevonde returned to black and white potraiture as the Vivex was discontinued. She kept working until her death at the age of 83. Her work is now in major collections including that of the National Portrait Gallery. She famously, and rather dramatically, declared: ‘Be original or die!’ She needn’t have worried.

A few of her colour portraits 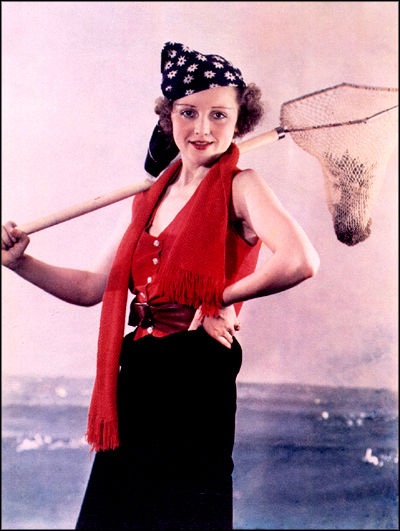 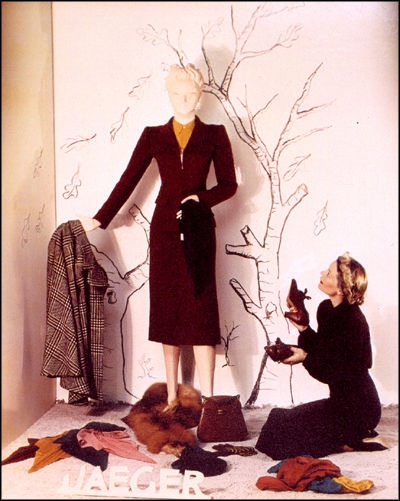 You can find a lot more of her amazing work on her website by clicking here.