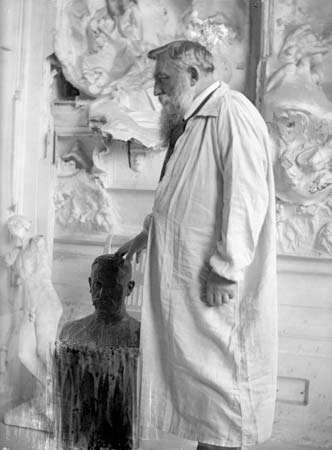 Gertrude Käsebier was considered to be one of the most influential American photographers of the early 20th century. She was known for her images of motherhood, her portraits of Native Americans, and her promotion of photography as a career for women.

Originally named Gertrude Stanton, born in 1852,  the portrait photographer who was one of the founders of the influential Photo-Secession group and is best known for her evocative images of women and domestic scenes.

She studied art at the Pratt Institute in Brooklyn and quickly gravitated toward photography. Soon her work became recognised and was often exhibited. Her first solo exhibition was held in 1896 at the Boston Camera Club, and the following year, Käsebier opened her own studio in New York City. Her photographs were included in the Philadelphia Photographic salons of 1898, 1899, and 1900. She exhibited her photograph titled The Manger at the salon of 1899, and it was purchased for $100, setting a new precedent in the photography art market. Her photographs also appeared in numerous magazines and were featured in the first issue of the influential Camera Work. 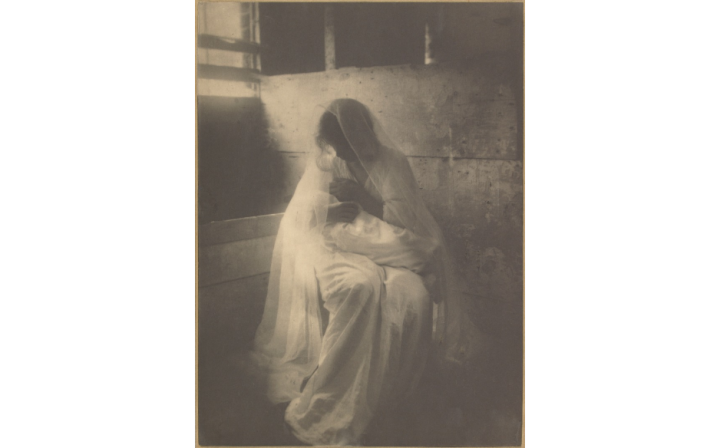 As other photographers of the period were working in the Pictorialist style, Käsebier was more interested in promoting the medium as a fine art. As part of this effort, in 1902 she, Alfred Stieglitz, Clarence H. White, and Edward Steichen formed the Photo-Secession. She was also a member of the Professional Photographers of New York and of the Linked Ring in London and a cofounder of the Women’s Federation of the Photographers’ Association of America (1910).

In 1916 she broke openly with Stieglitz and cofounded the Pictorial Photographers of America with White. About 1927 she closed her portrait studio. A retrospective exhibition of her photography was held at the Brooklyn Institute of Arts and Sciences in 1929.

Käsebier is best known for her sensitive depictions of motherhood and for her numerous portraits, often of famous artists and writers, including studies of the sculptor Auguste Rodin. In all her work she attempted to capture a symbolic, yet intimate view of her subjects. Käsebier worked primarily with platinum prints, although she began using a gum-bichromate process in 1901. Like many fellow Pictorialists, she often manipulated her photographs to fit her artistic intentions. 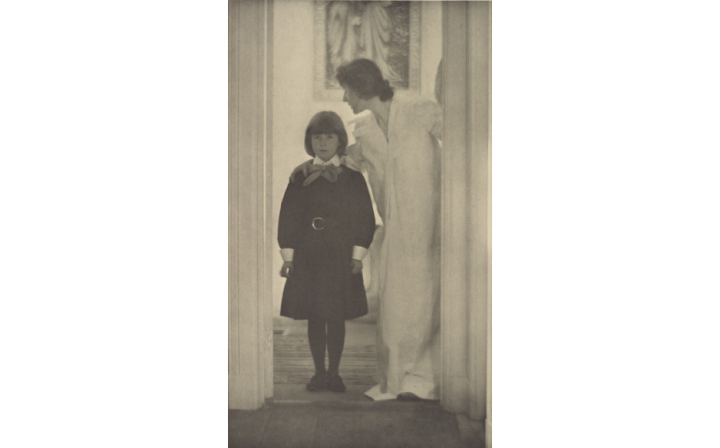 If you are like me and are curious about other creators and photographers process, the way they think and how they create some their work, so I thought I would open myself to you guys to ask me any questions you may have about my work. If you have any questions, please pop them down below. . . . . . #fineartphg #artlovers #arte #fineart_photobw #artsy #visualart #contemporaryart #fineartphoto #fineart #fineartphotography #formatthitech #bnw #bnw_photooftheday #bnw_zone #monochrome #ic_architecture #icu_architecture #jj_architecture #creative_architecture #arkiromantix #tv_architectural #lookingup_architecture #unlimitedcities #arquitecturamx #focalmarked
Since posting my year round up at the beginning of the month, I haven’t posted anything since. It’s not because I do not have anything new to share because I do and I cannot wait for you guys to see it. I just wanted to take some time to regroup and make plans in order to achieve what I want for this year. I also chose not to put myself under the pressure of making new year resolutions but simply making concrete plans of trying new things and being more creative with my work. What have you decided to do differently this year? . . . . . #ic_architecture #icu_architecture #jj_architecture #creative_architecture #arkiromantix #tv_architectural #lookingup_architecture #unlimitedcities #arquitecturamx #excellent_structure #formatthitech #timeless_architecture #blackandwhite #bnw_zone #bnw #bnw_photooftheday #fineart
At the end of each year, we tend to reflect on the year that has passed. Reflecting on both the highs and lows. Great thing about reflecting is that we can see what we have learned. This year, I concentrated on creating but creating whichever way that I wanted without being too influenced. At the beginning of 2020, I would like to reflect through images that I've created within the past year so I am sharing my personal favourites from 2020. . . . . #architecture #longexposure_world #blackandwhite #monochromephotography #fineartphoto #fineart #fineartphotography #architecturephotography #architecture #bnwphotography #bnw #bnw_captures #bnwmood #bnwphoto #city #cityscape #cityphotography
Merry Christmas and Happy holidays everybody!! . . . . #london #blackandwhite #monochromephotography #lights #night #nightphotography #nightlights #london_city_photo #london_enthusiast #longexposure
This year has taught me a lot. If you ask anyone that knows me well, one of things they say about me is that I am naive and that I always see the best in everybody almost to a fault. After many decades of being on this earth, it only took a year to snap it out of me. I always loved that side of me without realising it. Although I am sad that I’ve lost that part of me, I’ve found a resilience that I never thought I had. Am ability to stand up for what and people I believe in. I’ve learned that sometimes you have to shout to be heard and you have to do drastic things for what is right. Even though I was terrified and I am still terrified of the outcome, there’s only one person that can stand up for my beliefs. One thing I have to say is that you have to put yourself out there to be counted. We are all fighting our own battles but always fight for what is right. Nobody will do it but you. . . . . #longexposure_world #blackandwhite #monochromephotography #fineartphoto #fineart #fineartphotography #blackandwhitephotography #bnw_planet #bnw_zone #bnw_rose #bnw_life #bnw_fanatics #formatthitech #architecture #architecturelovers #architecturephotography
Today I was looking through some hardrives and came across some of my first images. The images that I am talking about are from 2015 and I can tell I saw some doozies. I can’t even tell you how embarrassed I was. Then it got me thinking about how hard we are on ourselves, me especially. But then I realised that if I’ve never created those bad images, I Never would have got where I am now. I remember that in 2015 how in the hurry I was. How I wanted everything to click into place almost overnight. Without the bad images, I wouldn’t have wanted to learn to get better and I wouldn’t have pushed myself to where I am. I can tell you that as I am typing this, they are some images that I created just this year that I am not totally happy with. So remember to be patient with yourself. . . . . #longexposure #fineartphoto #architecturephotography #photography #blackandwhite #fineart #fineartphotography #monochrome #monochromephotography #bnw_photography #bnw_artstyle #bnw_drama #photooftheday #formatthitech
%d bloggers like this: