Born in Dresden in1909, Germany, Fred Stein was a very talented photographer. Although not very known, this photographer started out by studying law at the University of Leipzig. He obtained a law degree in an impressively short time, but was denied admission to the German bar by the Nazi government for “racial and political reasons.” The threat of Fascism grew more and more dangerous and after the SS began making inquiries about him, Stein fled to Paris in 1933 with his new wife, under the pretext of taking a honeymoon.

In Paris they were in the center of a circle of expatriates, intellectuals and artists. In the midst of upheaval, gathering war, and personal penury, Stein began taking photographs. He was a pioneer of the small, hand-held camera, and with the Leica which he and his wife had purchased as a joint wedding present, he went into the streets to photograph scenes of life in Paris. He saw hope and beauty where most people would only see despair. He was fascinated with people in all their diversity, from the very fashionable to the suffering poor. His photographs often accuse the cruelty and injustice of the existing social order, and just as often revel in the elegance of a patrician figure. Above all, his sense of beauty and sophisticated composition shine through and elevate the everyday moment. He also became acquainted with and photographed some of the leading personalities of Europe. When Germany declared war on France in 1939, Stein was put in an internment camp for enemy aliens near Paris. He managed to escape, and after a hazardous clandestine journey through the countryside, met his wife and baby girl in Marseilles, where they obtained visas through the efforts of the International Rescue Committee. On May 7, 1941, the three boarded the S.S. Winnipeg, one of the last boats to leave France. They carried only the Leica and some negatives.

New York was a vibrant center of culture, and Stein seized the opportunity. He met and photographed writers, artists, scientists, politicians, and philosophers whose work he knew through his extensive reading and study. This enabled him to engage them in conversation during portrait sessions. He continued his fascination with humanity, walking through the streets of New York, documenting life from Fifth Avenue to Harlem. He worked unobtrusively and quickly, valuing the freedom to capture the telling moment that reveals the subject in its own light, not as incidental material for photographic interpretation. He preferred natural or minimal lighting, and avoided elaborate setups as well as dramatic effects. He did not retouch or manipulate the negative. Stein was a member of the Photo League until he became disenchanted with their pro-Communist sympathies.

Though portraits were his main income-generating work and he photographed many people on commission, he generally worked without assignment, shooting people and scenes that interested him. He would then offer his work to publishers and photo editors of magazines, newspapers, and books. He also lectured and held a number of one-man exhibitions and had several books published.

His career was cut short when he passed away at the age of 58 and it has only been in more recent years that his work is getting the recognition it deserves as an important and insightful record of city-life during a pivotal moment in history. 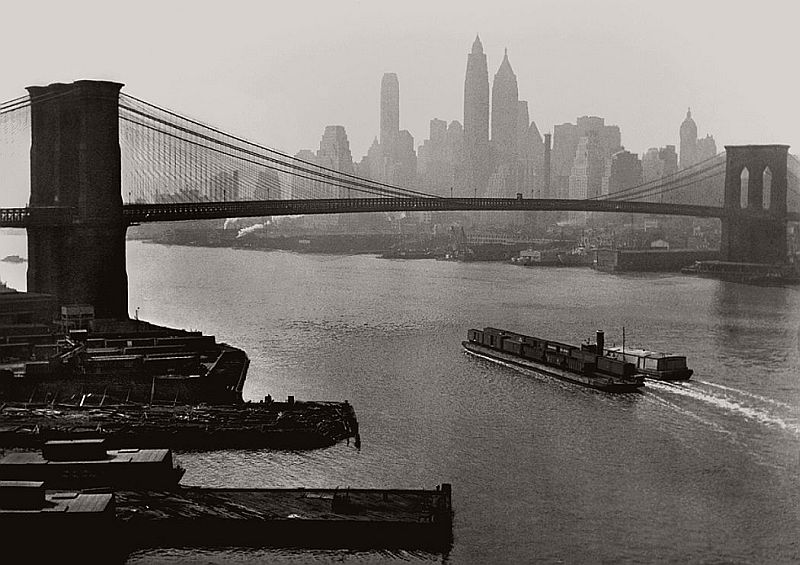