Leonard Misonne was a master pictorialist photographer, whose atmospheric landscapes and street scenes are among the finest pictorial depictions of such subject matter. He was an engineer turned painter, pianist and photographer.

Working on light and grey monochromes, Leonard Misone’s images diffused foggy and yet luminous atmospheres highlighted by dramatic skies. There is something very tender and timeless within his photographs that, with their poetry and sensibility, also evoke Humanism and Jacques-Henri Lartigue’s easy living.

He employed many process and techniques throughout his career and championed a highly diffused printing system and light quality. His photographs are among many important collections and anthologies on the history of pictorialist photography.

“The sky is the key to the landscape.” – Leonard Misonne

This philosophy is clear in many of Misonne’s images, seen to be often filled with billowing clouds, early morning fog, or rays of sunlight. Misonne excelled at capturing his subjects in dramatic, directional light, illuminating figures from behind, which resulted in a halo effect. He Favoured stormy weather conditions, and often found his subjects navigating the streets under umbrellas or braced against the gusts of a winter blizzard. 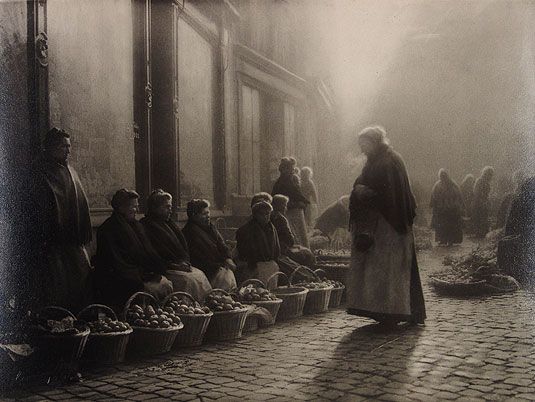 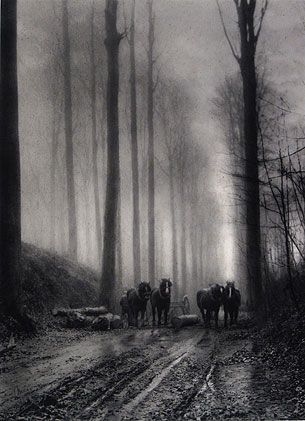 Born on July 1, 1870, in Gilly, Belgium, he grew up in a privileged family, gaining a deep appreciation for music and nature. He earned a degree in mining engineering in 1895 from the University of Louvain and began work in the field. A year later, however, he had to give up his profession due to asthma and decided to devote himself to photography.

Already a member of a small amateur club of photographers, Misonne joined l’Association Belge de Photographie in 1897. His photographs began to be published and he frequently presented them as slide shows, a method he preferred until World War I.

Around 1910, he interacted with Constant Puyo and Pierre Dubreuil, but he largely isolated himself from other pictorialists. In 1913, he moved into his family’s mansion and began photographing frequently in a nearby park. 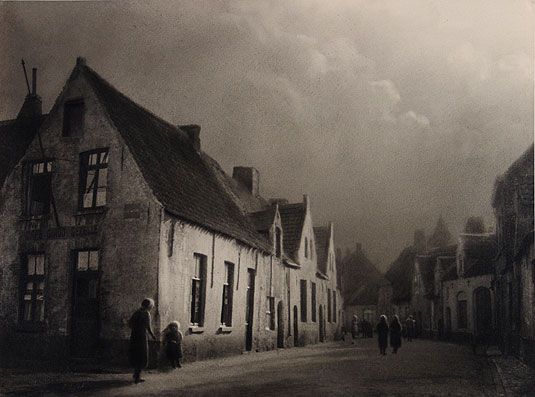 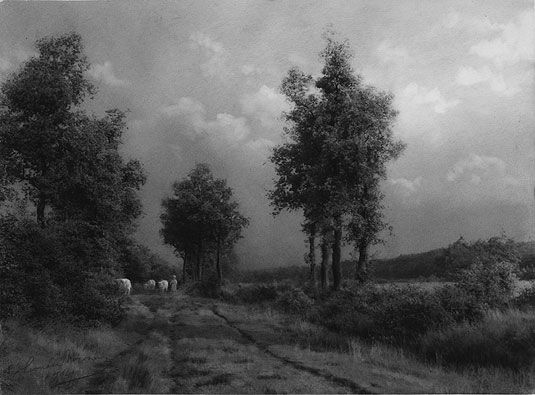 Misonne’s mature photographs were very painterly and impressionistic, due to his use of manipulative printing processes such as oil, Fresson, and gum-bichromate. In 1931, he patented a “Flou-Net” screen to produce a range of soft-sharp effects when used in front of the camera lens. This device was marketed in the United States by the American Photographic Publishing Company, which promoted it in full-page magazine ads. In 1935, he developed the mediobrome process, which was a cross between a bromide and oil print. 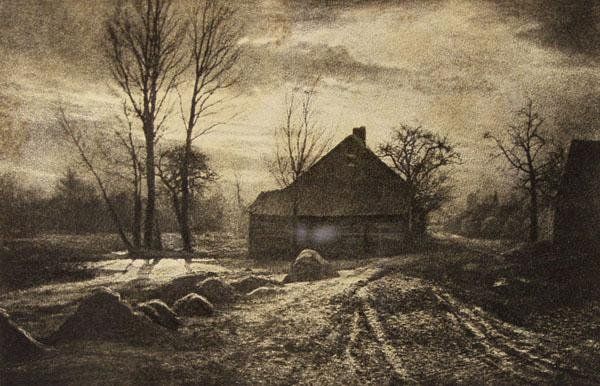 He wrote about his working methods and techniques for such U.S. periodicals as the American Annual of Photography, American Photography, Camera,and Photo-Art Monthly. In 1900 and 1901, halftones of his work appeared in Camera Notes, the leading quarterly edited by Alfred Stieglitz. 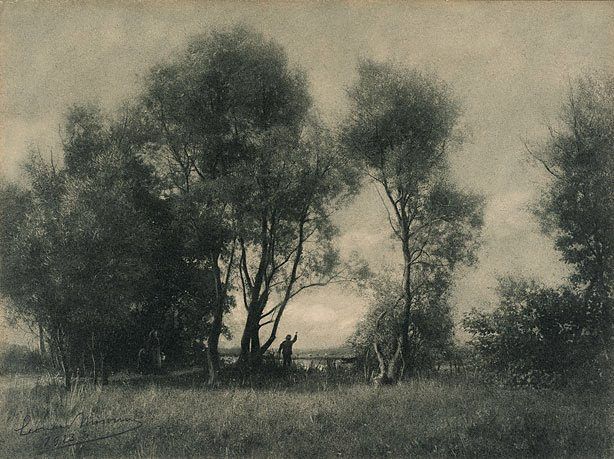 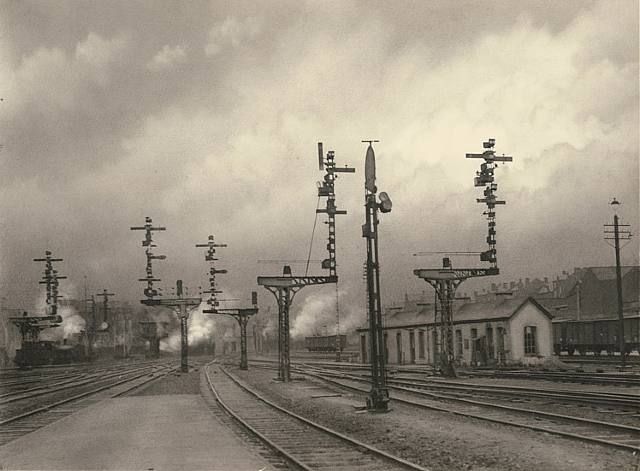 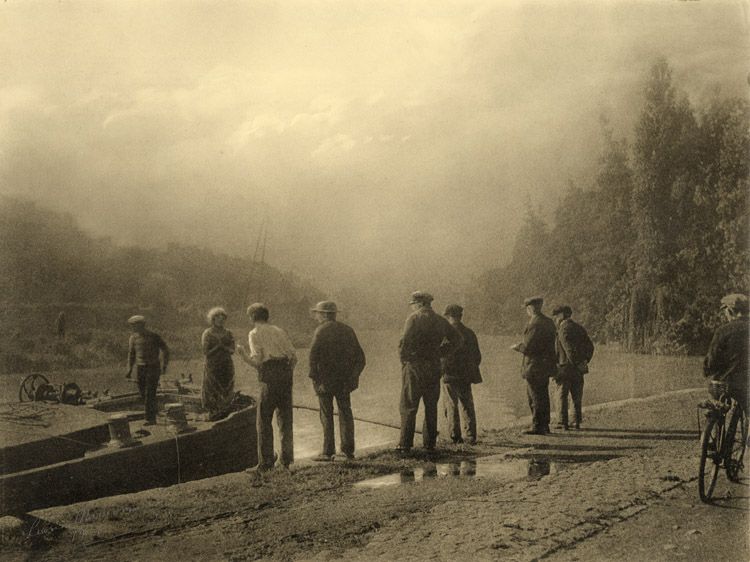 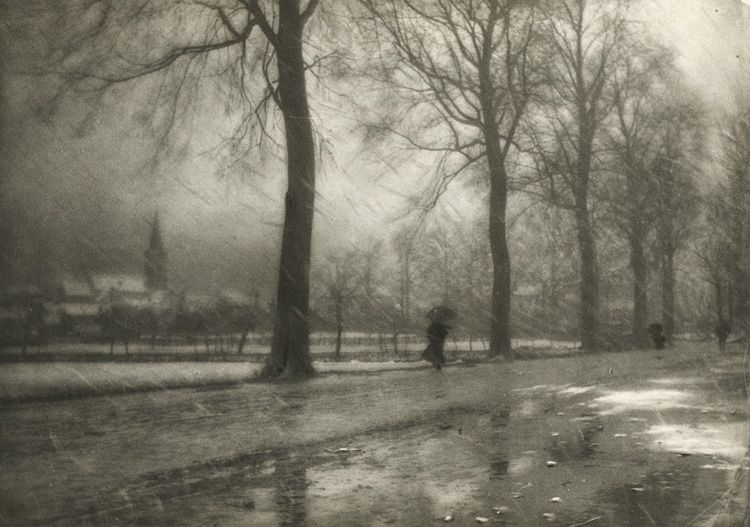 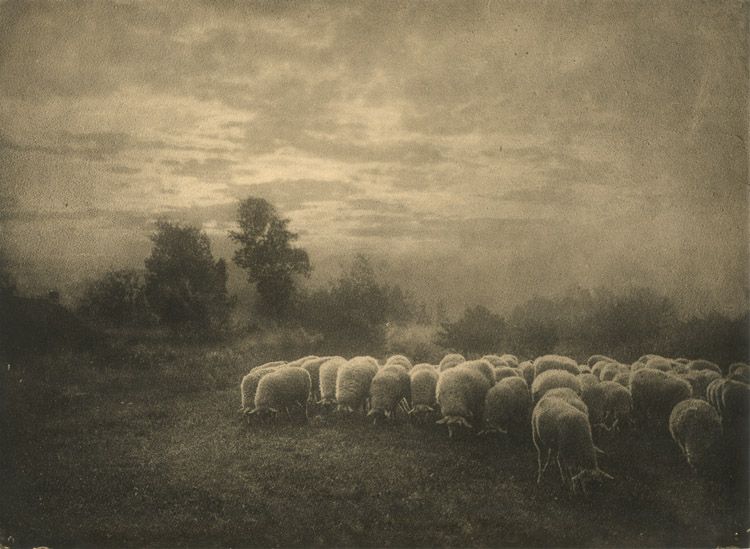 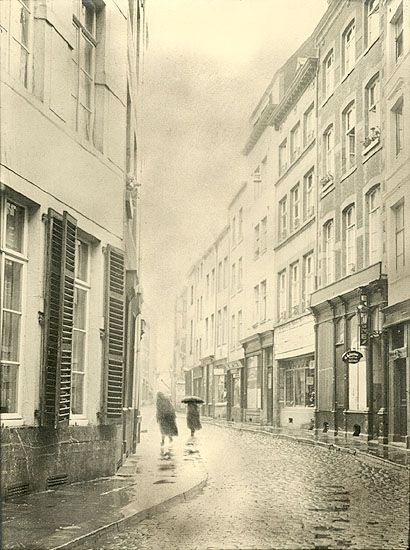 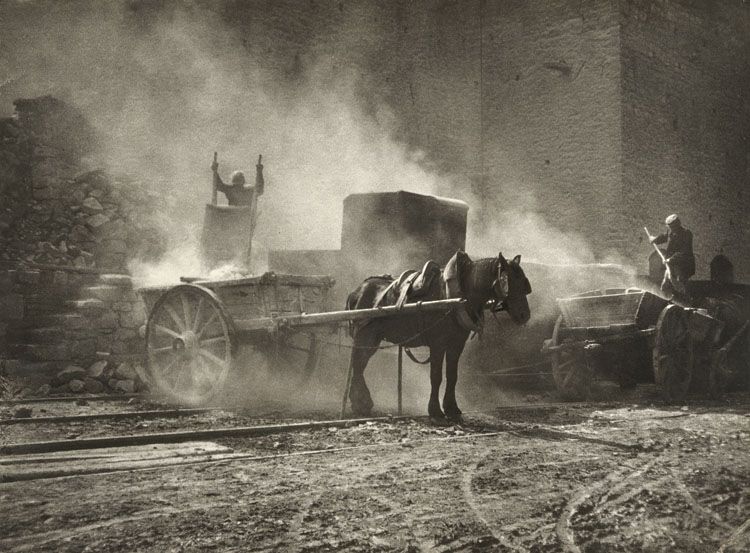 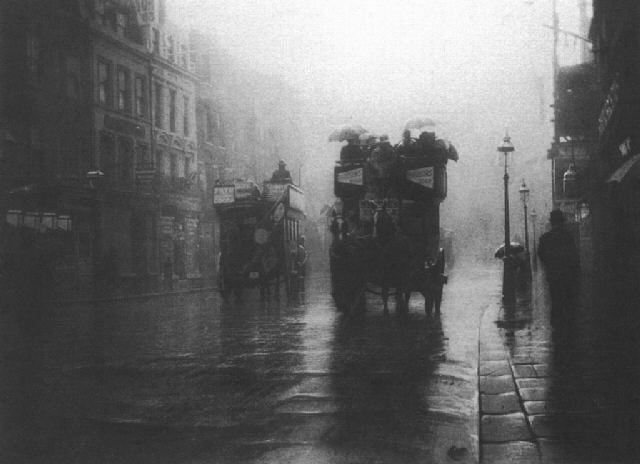 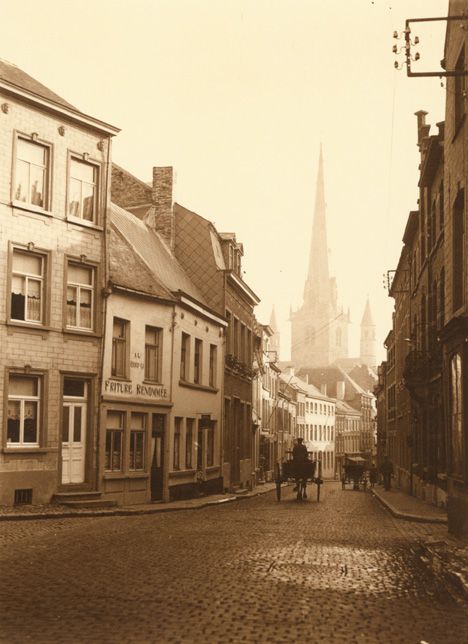 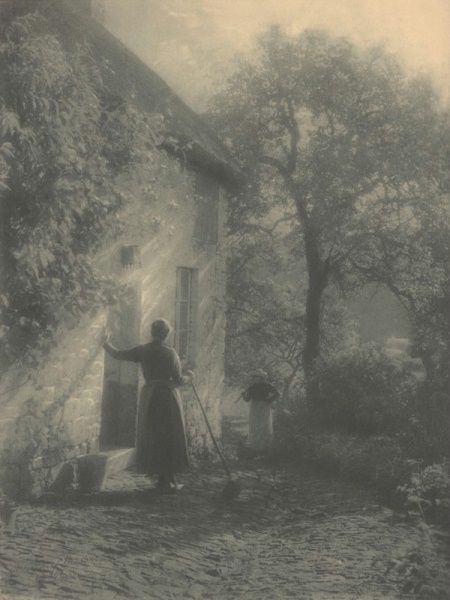