Marc Riboud was a French photojournalist with an incredible body work that I believe everyone should be familiar with. He is best known for his extensive reports on the Far East – The Three Banners of China, Face of North Vietnam, Visions of China, and In China.

Until 1951 he was an engineer in Lyon where he was born. His photography career started after but he took a week long picture taking vacation. He then moved to Paris where he met Henri Cartier-Bresson, Robert Capa, and David Seymour, the founders of Magnum Photos. They were impressed with his work and Cartier-Breason became his mentor and Capa his supporter and arranging for him to have his first images published in LIFE magazine. By 1953 he was a member of the organization. His ability to capture fleeting moments in life through powerful compositions was already apparent, and this skill was to serve him well for decades to come.

His most famous image, now regarded as one of the definitive Parisian images, was the picture of the workman painting the Eiffel Tower in 1953. Riboud himself said of the image “That painter was joyful, singing as he worked. I think photographers should behave like him – he was free and carried little equipment.” That was Riboud’s approach; traveling freely with a hand-held camera, photographing, as he said, “the rhymes and rhythms in my viewfinder”.

In the mid-50s he traveled to India in a specially converted Land Rover. This vehicle he bought from Magnum founder George Rodger, who had used it for his celebrated work in Africa. After spending a year in India, Riboud made the first of his numerous journeys to China, where he worked extensively over the next three decades. Many of his monographs, the first of which was published in 1966, are devoted to China. It was there, in Beijing in 1965, that Riboud took one of his most archetypal photographs. Taken from inside an antique dealer’s shop, the photograph depicts a typical street scene in the Chinese capital as witnessed by a traveler: old and young stand talking amid ornate but rundown architecture. But the scene is only visible through six rounded windows, the striking framing device giving the work an element of bold abstraction. This combination of formal composition and informal everyday life is a hallmark of Riboud’s work. “A good photograph is a surprise; my camera has to be ready to catch it”, he has said. Riboud has also quoted the poet Ren’ Char, who suggested that one should “forsee like a strategist and act like a primitive”. The results are very positive, as the artist has noted: “When we succeed, it’s a great joy, a way of putting a visual order into the chaos that’s all around us”.

Here are a few images from his body of work. 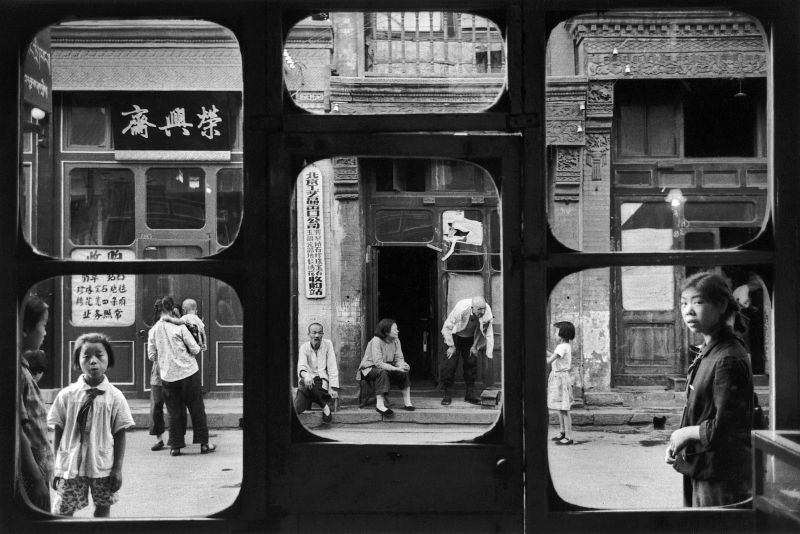 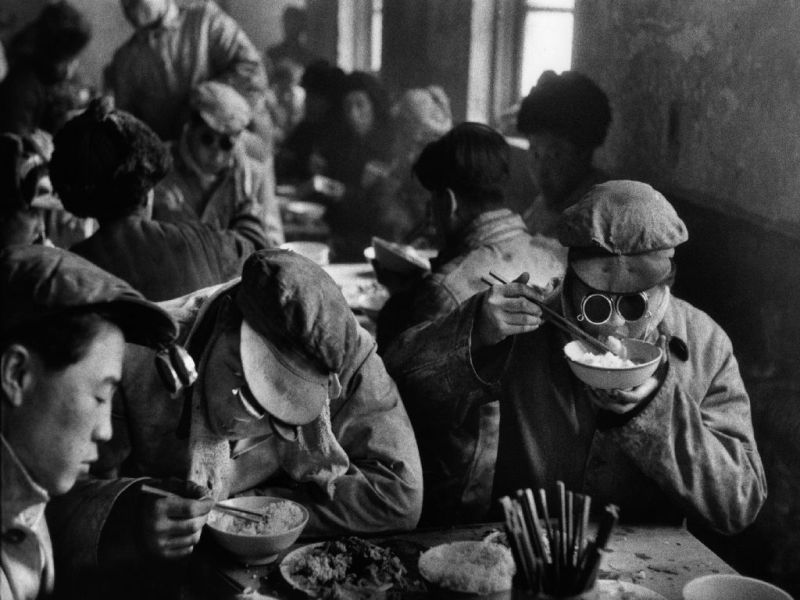 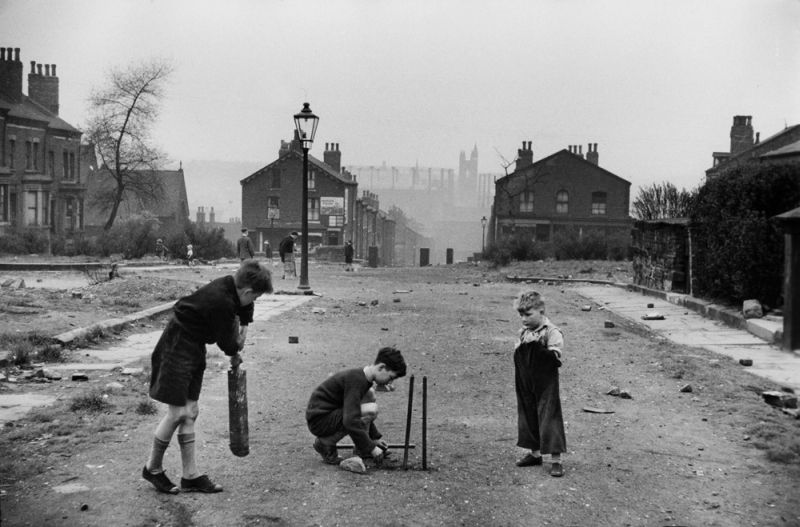 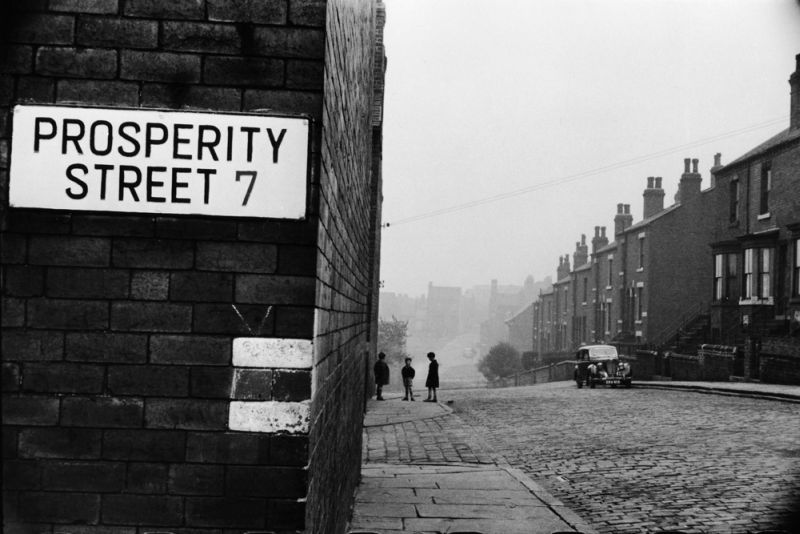 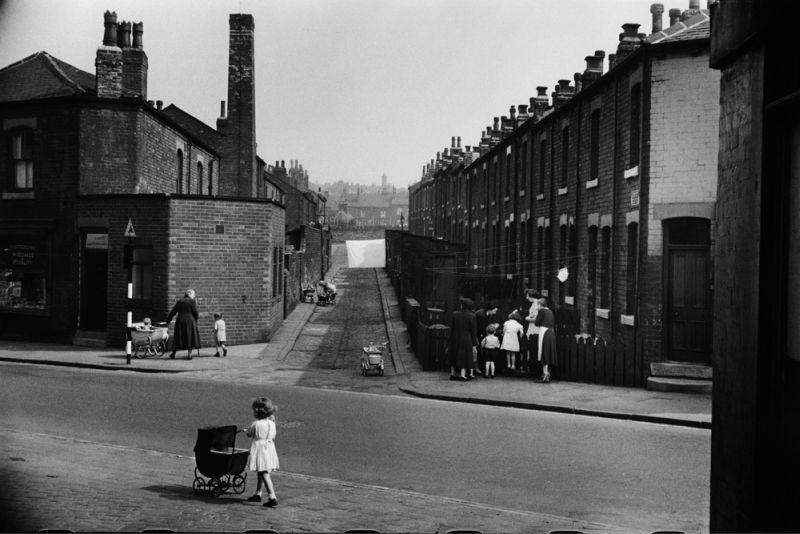 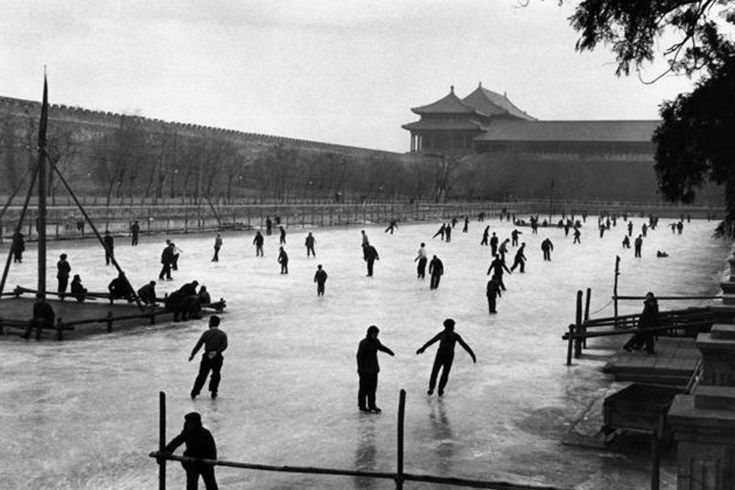 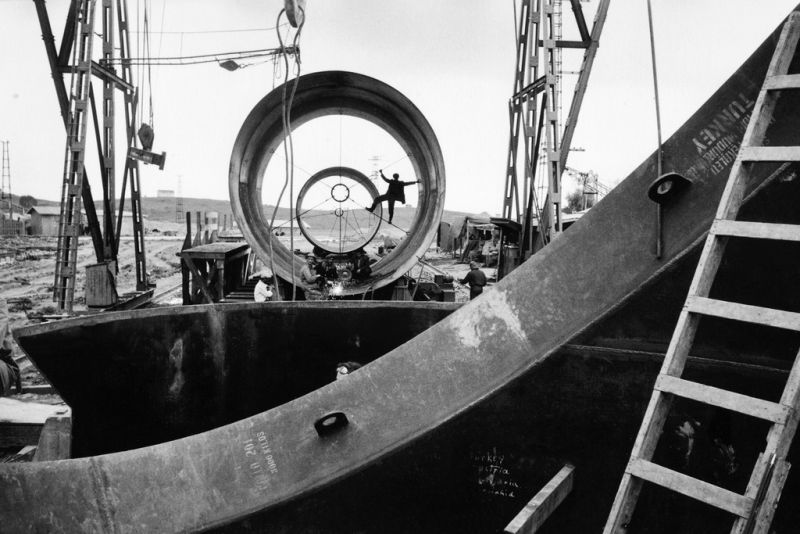 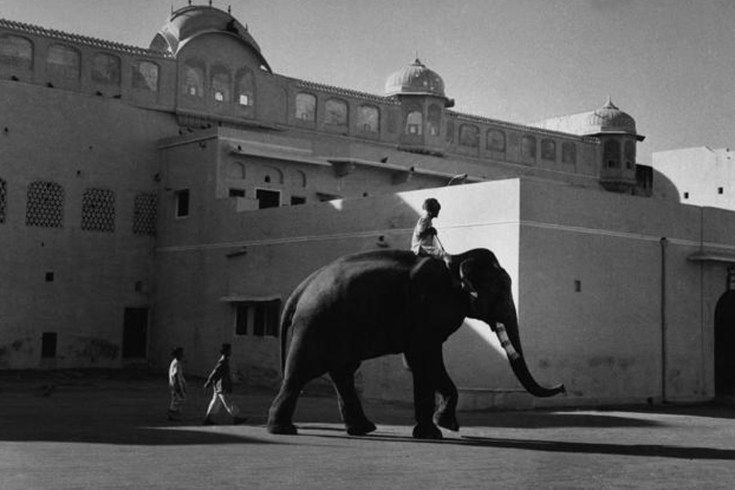 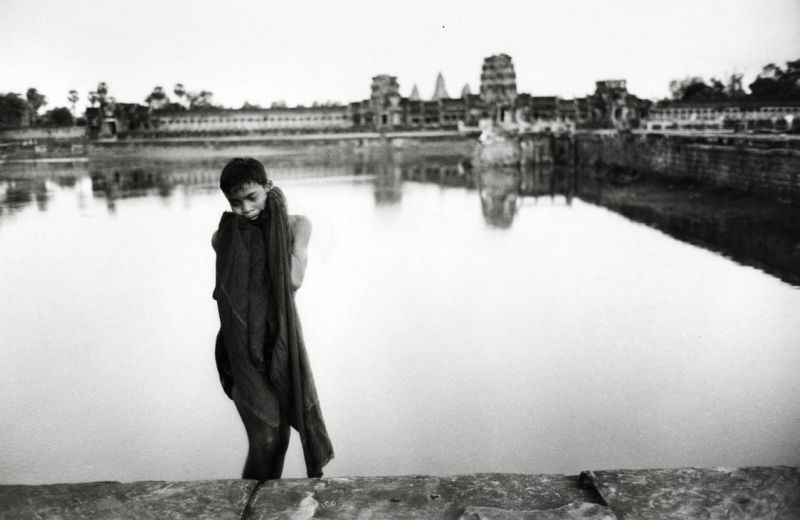 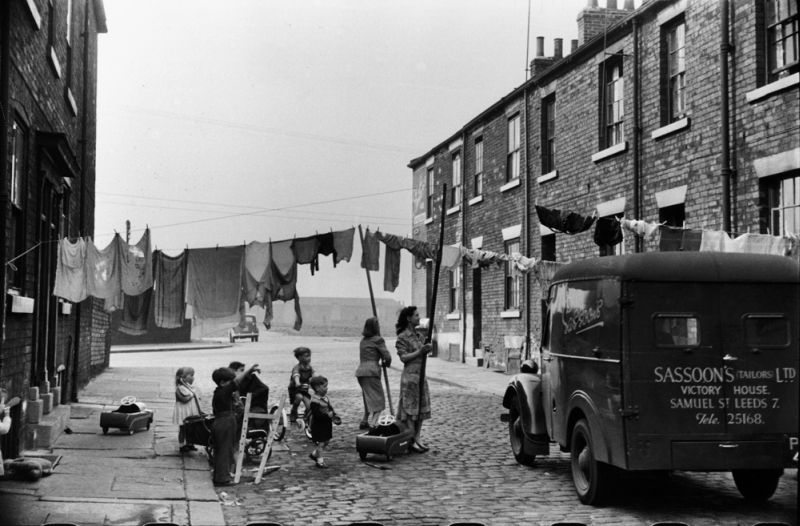 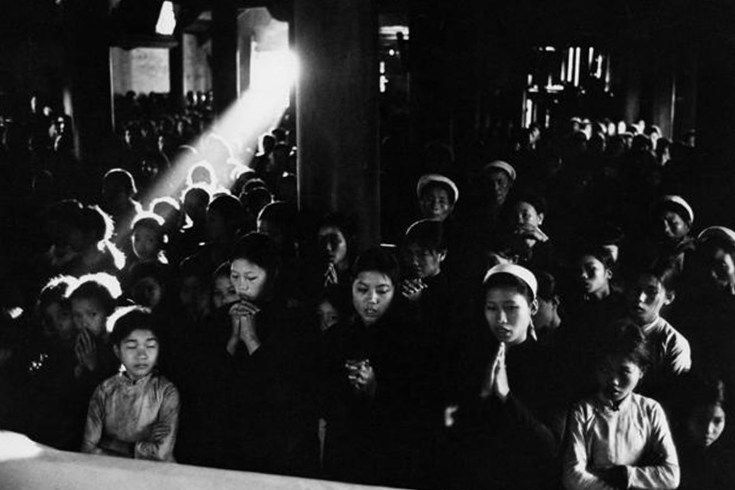 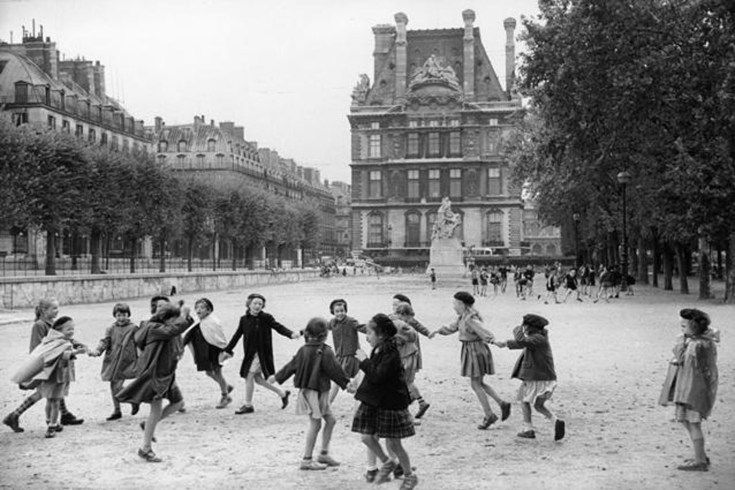 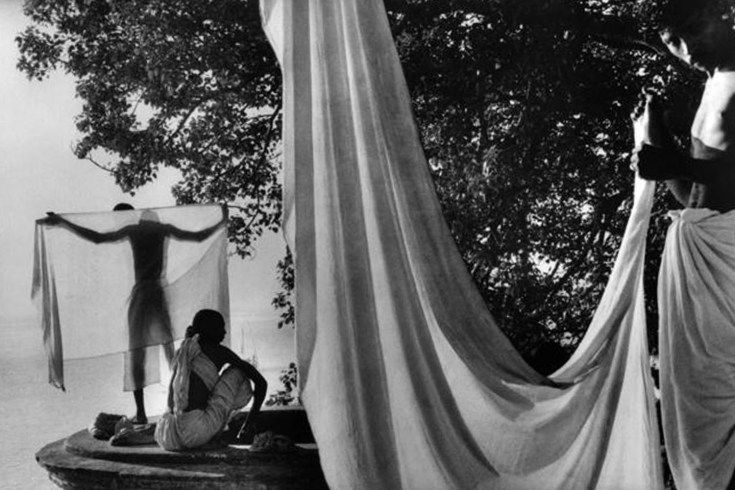 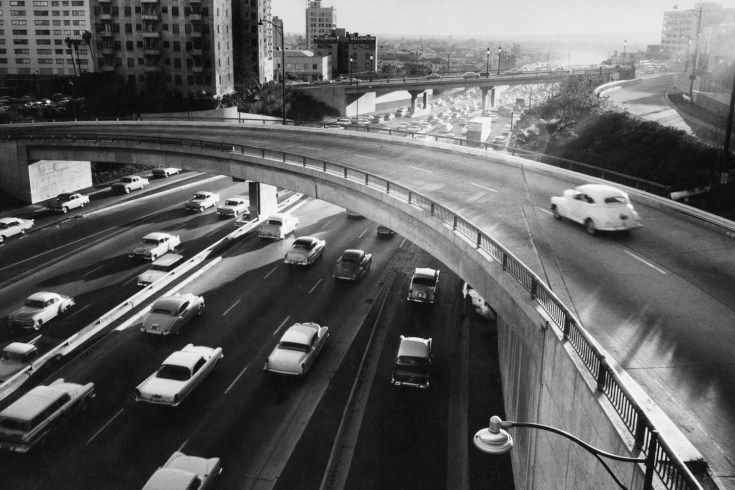 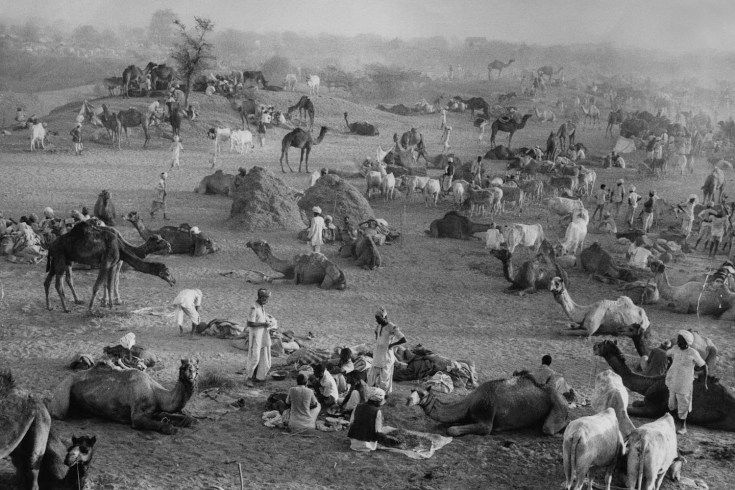 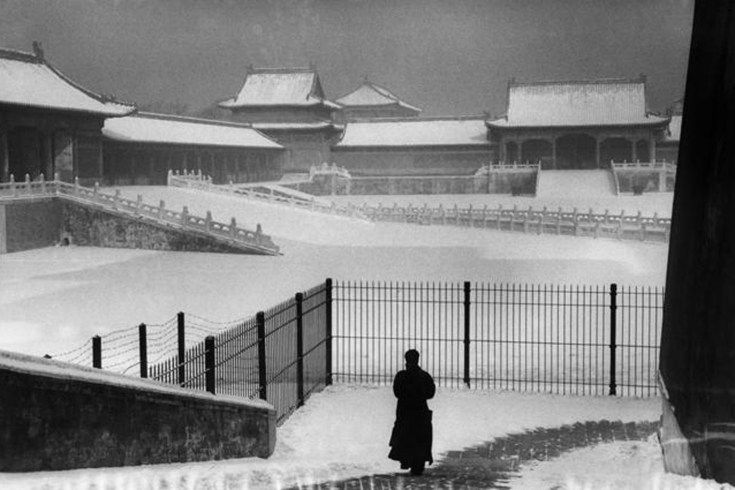