Born Charles – François Bossu in 1813 in Paris, Charles Marville used the pseudonym in 1832 and worked as an illustrator before taking up photography around 1850.

He then travelled throughout France, Italy and Germany to create beautiful landscapes and striking architectural photographs.

Around 1855, Marville undertook a series of delicate cloud studies from the rooftop of his Parisian studio. He used the collodion negative process that enabled him to capture delicate, luminous cloud formations on the city’s horizon. A series that was noted by several critics at the 1862 Universal Exhibition in London.

Marville expanded his practise by homing in on the two areas being reproductions of artworks and architectural photographs. He excelled at both and assumed the title and related privileges of the main photographer for the Louvre, while he also documented building and renovation projects in Paris and the provinces for French architects including Eugene Viollet – Le – Duc and Felix Duban.

In 1858, he was commissioned to photograph the newly refurbished Bois de Boulogne. this particular series influenced his best known work, the Old Paris photographs.

After being commissioned by the agency on historic works where he made approximately 425 photographs.of the narrow streets and crumbling buildings of the pre-modern city at the very moment they were threatened with demolition. A series known as “Album du View Paris”.

Marville also made many photographs of Paris in the 1870s and frequently worked for city agencies to document historic transformations of the urban environment including civic renovation and construction projects.

Here are a few images of his works. 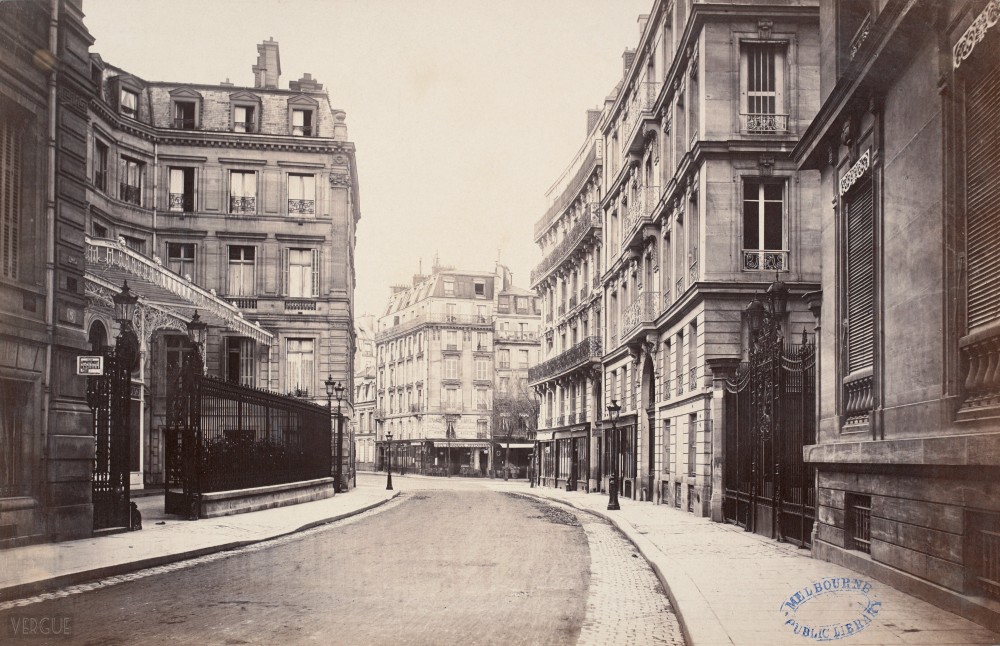